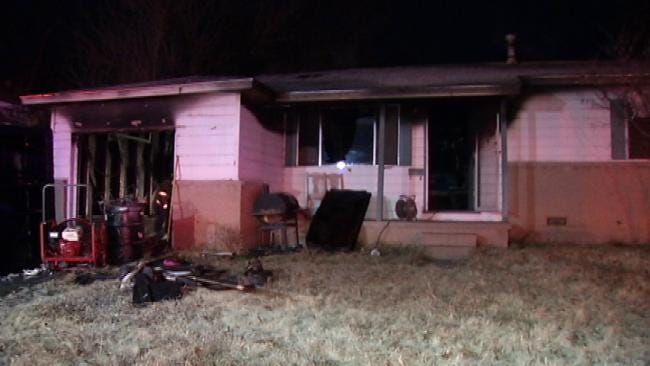 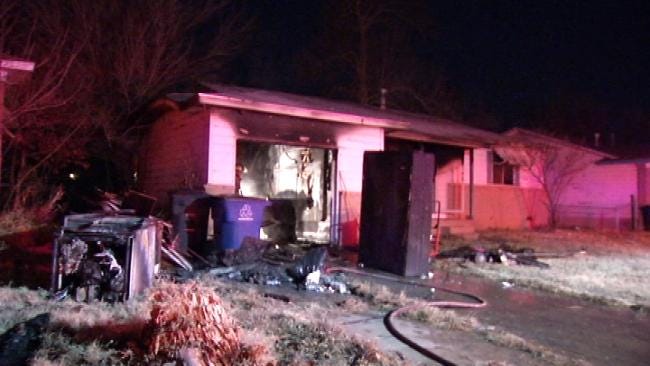 A North Tulsa home goes up in flames early Thursday morning. Tulsa Fire got the alarm just after 12:30 a.m. near North Yale and Apache.

When firefighters arrived, they found a garage of the home on fire and the flames spreading to the rest of the home.

Tulsa Fire says a woman and her grandson who were home at the time were able to get out with only minor injuries.

Fire officials say the cause of the fire appears to be accidental.