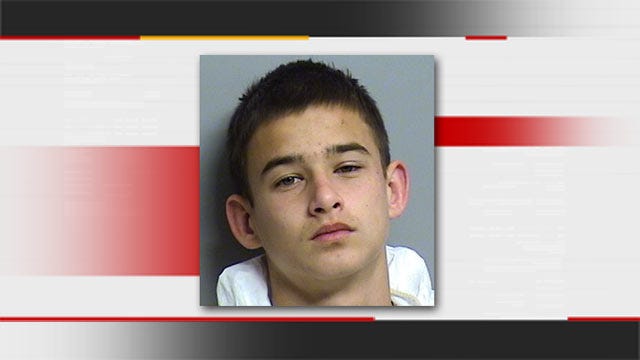 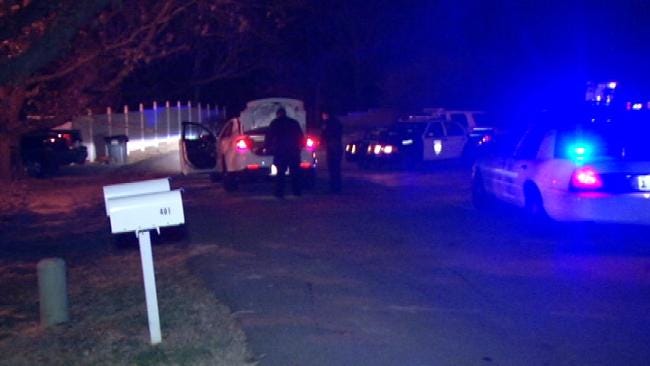 A 14-year-old boy arrested for a murder in Jenks on Tuesday told deputies he broke into a home to find money, but a woman came back to the residence while he was in the act, police records show.

According to an arrest and booking report, Joshua Mooney told police he entered the home in the 400 block of East 111th Street by breaking into a bathroom window. While he was looking for money to steal, 47-year-old Mary Escue returned to the residence.

Escue, who lived in Nevada, was visiting her parents. Mooney lives about three-quarters of a mile from Escue's parents.

Mooney was interviewed in front of his mother and he told deputies he found four firearms in the home and when Escue came back, he got scared and hid in the kitchen holding a single-shot .22-caliber rifle, the report says.

Once Escue came inside, Mooney "surprised her and forced her into the computer room at gunpoint. While in the computer room… he aimed the (rifle) at the victim's head and fired a shot," the report says he told investigators.

Mooney said he "knew he hit [Escue] because she did not make any sounds and there was blood on the floor," an investigator wrote.

After shooting Escue, Mooney gathered change that was around the house, took the rifle, money from her wallet and the keys to her 2009 Chevrolet Malibu, he reportedly told deputies.

He said he drove to Sapulpa "because he had to get out of Tulsa County for what he had done," the report says.

When Escue's parents came home, they discovered her body.

Investigators stressed the murder is isolated and a rarity in Jenks.

"It is a safe community, (we) want to convey that to the public," Jenks Police Chief Cameron Arthur said. "As you can tell by our crime stats, we don't see this type of crime here."

Escue was the first homicide in Jenks since 2008 and only the second since the 90s.

"All these investigators have worked around the clock and are still working, putting together the paperwork, not just for the DA's office, but the family and community as a whole," TCSO Maj. Tom Huckeby said.

Escue's family is well known in Jenks, are very involved in the community and a have a lot of family in the area. They released a statement Wednesday saying their hearts are broken over the senseless tragedy and prayers are getting them through.

Mooney is being held at the Tulsa County jail on first-degree burglary and homicide complaints and was taken into custody within 24 hours.

His juvenile record cannot be released until he is charged with a crime. Although the law says he has to be booked into jail as an adult, if charges are filed, the Tulsa County District Attorney has a choice to charge him as a juvenile, as a youthful offender or as an adult.