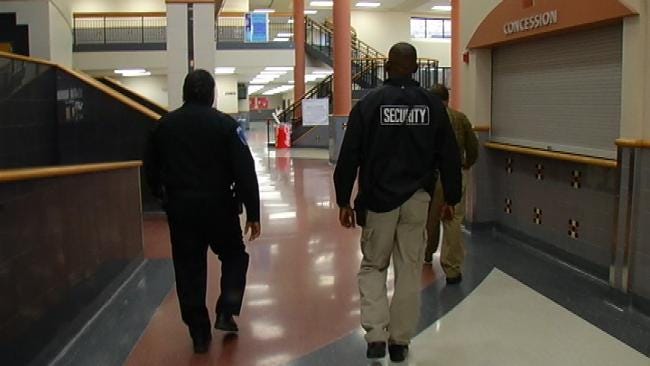 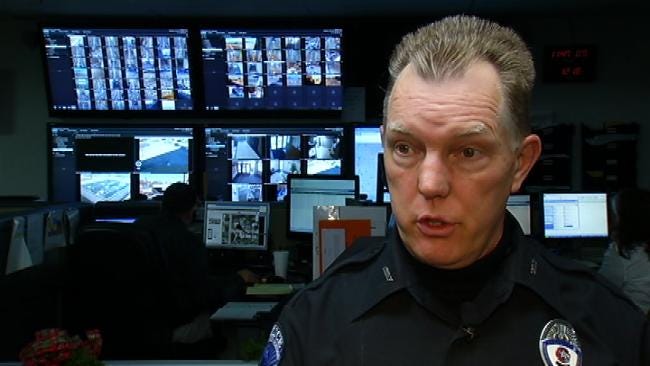 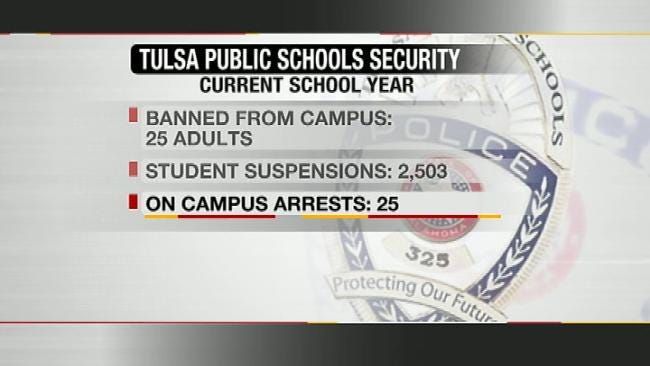 It's unusual for campus police to not find a firearm sometime during the year at a Tulsa Public School, but it hasn't happened yet this year.

There have been other weapons found, though.

The TPS police department tracks crimes in schools, but not around them.

The campus police chief believes the main threat to schools is the conflict between students and parents inside the building.

Chief Gary Rudick welcomes the recent attention to security at Tulsa Public Schools, but says the focus on external threats is misplaced.

"I think when we get over our fear, we're going to get back to what we should really be concerned about and that is the conflict that occurs inside schools," Rudick said.

Rudick's team of officers and guards are placed where they're most often needed; in the middle and high schools, like Booker T. Washington High, and not in elementary schools.

The chief said, while officers constantly check for outsiders getting in, the most common issue outside of students is parents unhappy with a teacher.

"A parent or someone, an adult has posed a threat to the school by being in conflict with a teacher or with other students, and they want to come in and they are upset with a discipline issue or some administrative decision in the school," Rudick said.

That's resulted in 25 people being banned from campus this year.

The larger issue is student behavior, which has resulted in 2,503 suspensions, so far this year.

There have been 25 on-campus arrests, so far this year; 13 of them for serious crimes and most all of them drug related.

And while 67 weapons have been recovered, that includes everything that was used, or could be used to hurt someone else.

No guns have been found this year, though it's typical to find one or two a year.

"The vast majority of these are fake weapons or knives and the knives almost always come from elementary students, 6, 7 years old, who bring it to school for show and tell," Rudick said.

Rudick said every firearm recovered in the last five years was found because of a tip and he believes relationships between students and faculty can provide information that eliminates serious threats.