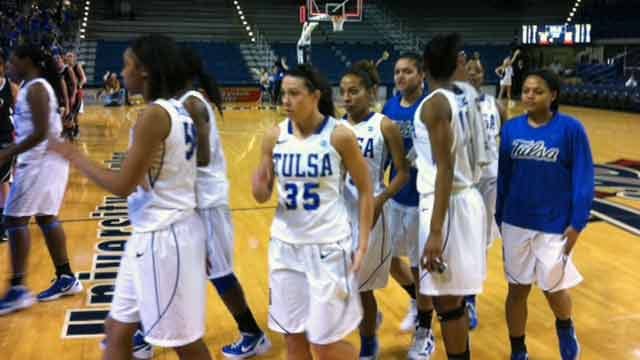 The Tulsa women's basketball team dropped a 70-48 decision to BYU on Saturday afternoon at the Marriott Center in Provo, Utah. TU fell to 3-6 on the season, while the Cougars moved to 6-4 overall.

The Hurricane jumped out to an 11-4 lead early in the first half, but the Cougars went on a 22-4 run over the next 10 minutes for a 26-15 advantage. Mayberry hit a layup at the 3:56 mark off a steal by Antoinet Webster and Tulsa outscored BYU, 7-6, in the final four minutes to go into the locker room down, 32-22.

The Cougars started the second half with a 9-0 run, but Turner hit a jumper at the 16:18 mark to stop the streak. Both teams traded baskets, but BYU outscored the Hurricane, 38-26 in the second half.

BYU was led by four players with double-digits. Ashley Garfield and Stephanie Seaborn scored 12 points each, and Jennifer Hamson and Morgan Bailey both with 10 points. Hamson pulled down 12 rebounds and had five blocks, and Haley Steed had five assists.

Tulsa will return to action on Tuesday, Dec. 18th against UALR. Game time is set for 7:00 pm in Little Rock, Ark.