American Airlines: 43 Tulsa Workers Will Soon Be Laid Off 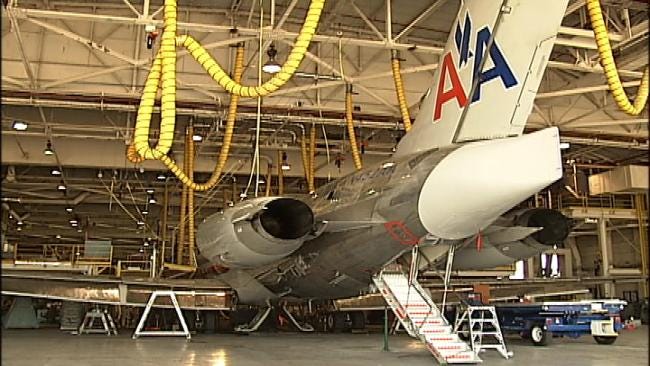 "Through contractual changes negotiated with the TWU and the voluntary separation packages, along with the number of vacant positions available throughout the system, we now expect as few as 290 Mechanics and Material Logistic Specialists to be furloughed," said American spokesperson Andrea Huguely. "That's more than 90 percent less than the 4,600 TWU positions we anticipated when we started the restructuring process and more than 85 percent less than the 1,972 Mechanics and Material Logistics Specialists that were sent reduction letters."

The layoffs will be staggered.

Some take effect this month, while others will take effect in February, May and September.

The airline brags thousands of jobs were saved through early retirement packages.

American Airlines: 43 Tulsa Workers Will Soon Be Laid Off