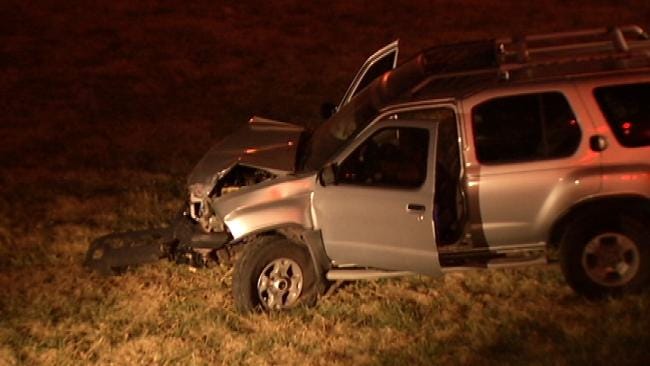 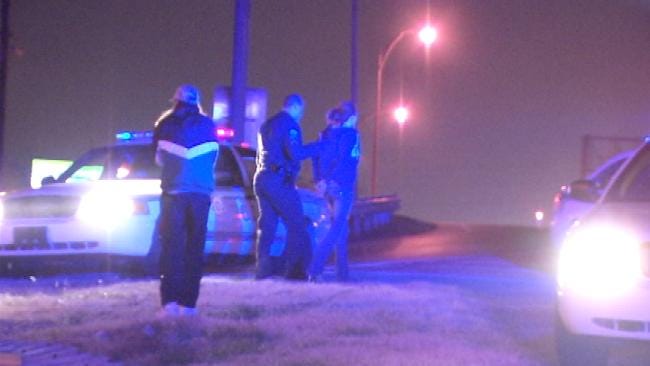 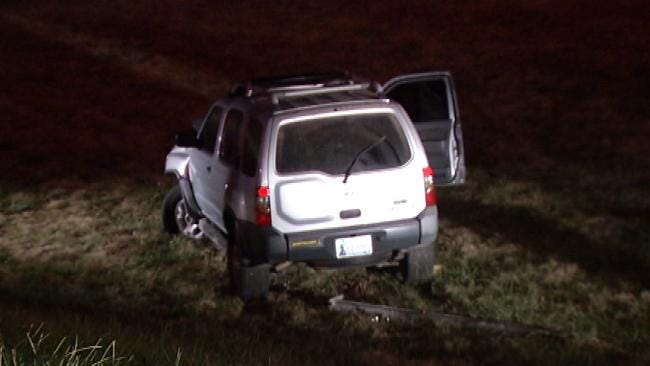 A female driver was arrested following a crash on the Broken Arrow Expressway in Tulsa early Friday.

Tulsa Police say the driver lost control of her vehicle around 2:15 a.m. while exiting off westbound BA onto I-44.

Her SUV ended up in a ravine.

EMSA paramedics treated four passengers in the SUV at the scene.

Police say arrested the driver because officers believed alcohol was involved in the crash.

No other vehicles were involved.