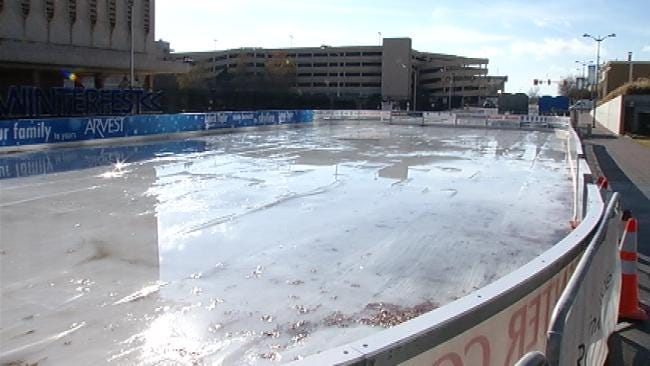 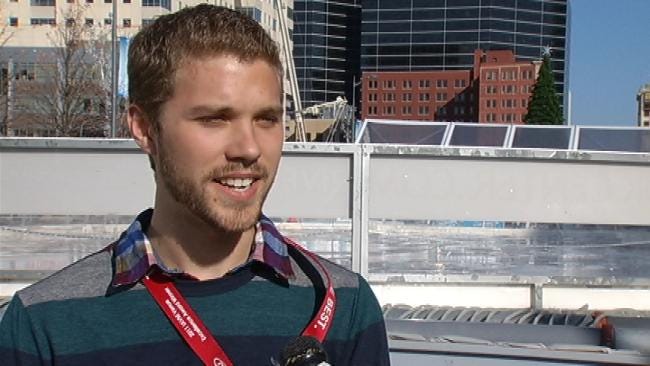 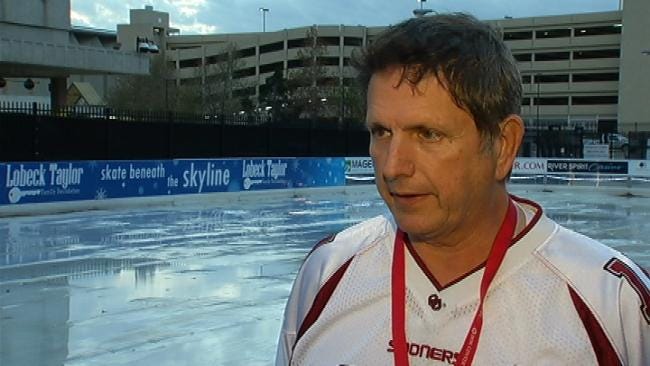 It's the holiday season, but it doesn't quite feel that way outside.

The record-breaking high temperatures are shutting down skating rinks across Green Country, including Tulsa's Winterfest, which has been closed for the past three days.

What's supposed to be an ice skating rink looks more like a pond right now.

"The ice has not been able to maintain its freeze that we need it to in order to stay operational," said BOK special events coordinator Brian Smith.

To keep the ice frozen, Smith said the ideal outdoor temperature is about 55 degrees.

The past three days we've been close to 80.

"November was way above normal. Kicking off December, again, same story, temperatures in the 70s every day, and we don't see a significant fall off for awhile," said News On 6 Meteorologist Travis Meyer. "So this has been really crazy. What a beginning to December."

Each day ice technicians monitor the rink, but they say the conditions have been all wrong.

"We've had high temperatures, record temperatures for the last three days. The humidity has been high and we've had high winds and those are the three things that hurt ice more than anything else," said ice rink manager Ken Gibson.

So much ice has melted that the pipes that keep the ice cool are starting to peek through.

"Right now, there's not a whole lot we can do until the weather cooperates with us. We've just been trying to make sure that it drains properly and watch our hard work go down the drain," Gibson said.

"I'm definitely disappointed that I don't get to go skating because I've heard it's a lot of fun down here for Winterfest," said Tulsa resident April Dillard.

"Our main frustration with having to be closed is just opportunity, the lack of opportunity for people to come down and enjoy Winterfest," Smith said.

Ice technicians hope Mother Nature will give them a break by Saturday, when Winterfest celebrates its fifth anniversary.

Tahlequah Mayor Jason Nichols said they also had to close their town's outdoor skating rink this weekend, because of the warm weather.