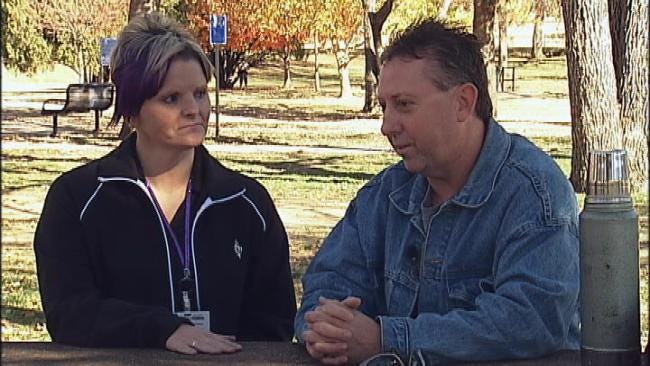 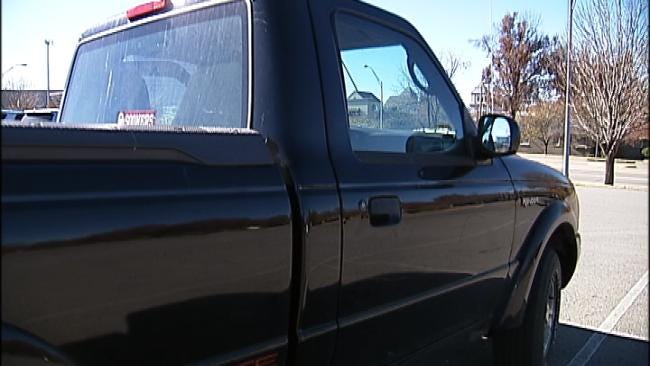 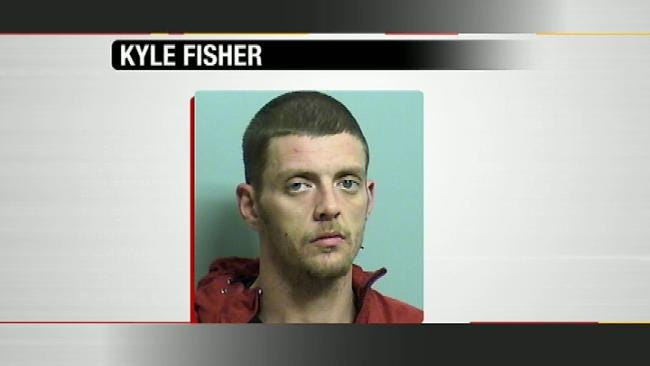 A Tulsa man is grateful this Thanksgiving for two Tulsa police officers who went above and beyond, to help him recover an important family memento.

It might not be worth much money, but it means everything to him.

Most people who get their car broken into assume they'll never get back the items that were stolen.

This victim got back everything, including a priceless family memento, within 12 hours. He said he's so grateful to the police officers who went that extra mile to get it back to him.

Alan and Deana Pitts have a whole new appreciation for Tulsa police officers.

Alan is a musician. He noticed last Sunday morning, his $500 pedal board was missing from his truck.

He notified some pawn shops and Guitar Center, and then had to leave town.

Guitar Center called him back around 4:30 that afternoon.

Deana raced to the store, while on the phone to 911.

Officers got there just as the guy was making a run for it.

Deana took pictures with her cell phone of Kyle Fisher, who is charged with burglary from a vehicle and having stolen property.

"I was so impressed with the police officers and the way they handled it," Deana said.

They both said they were just thankful to have their stuff back, but they had no idea what was yet to come.

The suspect told the officers he also taken an old thermos from the truck and chucked it out the window. Rather than just write that in the report and move on, the officers called Alan.

"To any normal person, it's an old thermos. I'm gonna start crying. This thermos belonged to my brother. He died at 37, of cancer," Alan said.

For him, the thermos represents years of memories of hunting trips Alan, his brother and father took together over the years, drinking coffee and hot chocolate on cold nights.

The officers found out where Fisher tossed it. They went looking for it and found it, and then drove to Alan's house at 8 p.m. Sunday to return it.

Alan broke down in tears.

"After this happened, my whole opinion changed," Alan said. "They went above and beyond the call of duty for a thermos. To me, it's not just a thermos. My brother's spirit lives in that thermos, you know?"

Alan was so appreciative he wrote a letter to the police department thanking officers Joe Walton and Virgil Litterell.

He said he'll forever be grateful for their kindness and plans to take that thermos hunting this weekend.