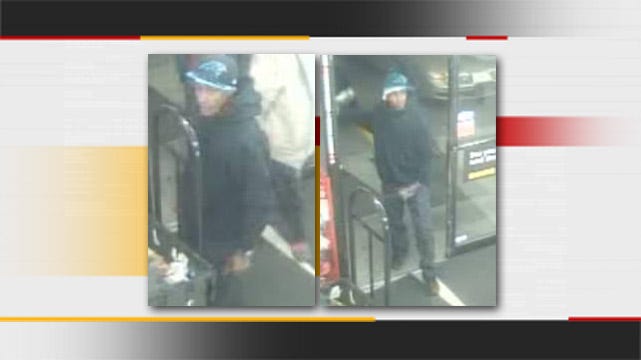 Police are looking for information about a man they suspect in the robbery of a Tulsa Dollar General store on Wednesday.

The store at 401 South Lewis was robbed by a black male, wearing a gray shirt and a yellow bandana over his face, police said.

Investigators released photos captured on a surveillance camera from a few days before the robbery. They said the man appeared to be casing the store and they believe he may know something about the robbery.

Anyone with information about the crime or the man in the photos is asked to call Crime Stoppers at 918-596-COPS or text a tip to 274637, with a message starting with Tip918.