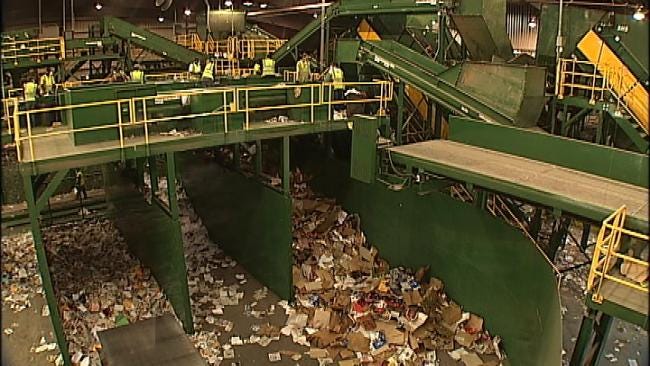 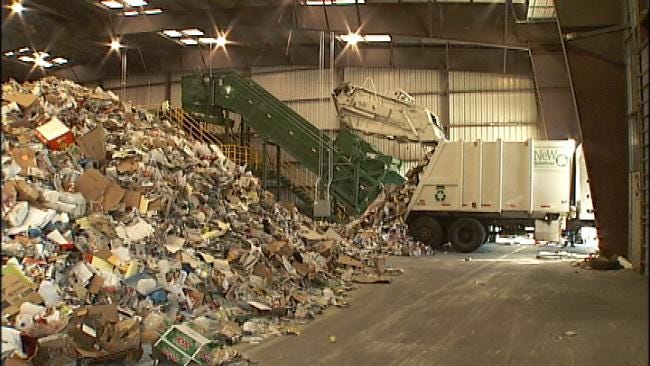 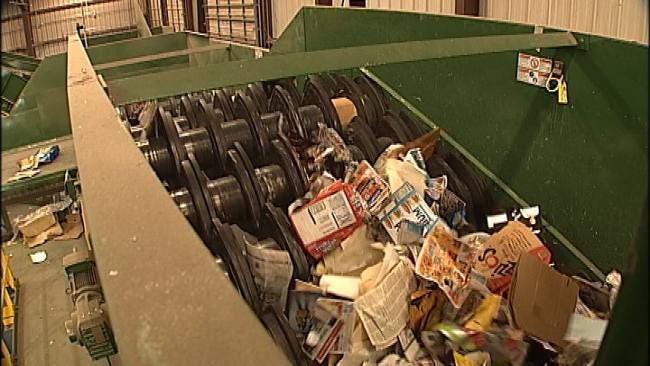 A new element of Tulsa's recycling strategy has started up.

It's a monster of a machine that can pick through what Tulsa used to throw away.

Tom Hill said he figures he's got one of the amazing machines in Tulsa. And it's brand new.

"Eight days in, we still have some tweaking to do," Hill said.

The machine is called an MRF, a material recovery facility.

It's a roller coaster of conveyor belts and computers with plenty of people overseeing the operation. Tulsa's recyclables are dumped there, mixed together, and the machine separates them all out.

The process starts with rollers that lift cardboard out and lets everything else through, and then more rollers take out the newspaper.

"The types of rollers, the spacing of the rollers, the size of the disc, that lets the newspaper float and everything else falls through," Hill said.

There's about a dozen automatic sorting points, and on the other side of everything the machine does, someone checks it to get anything that's missed.

It still takes a lot of labor, but the $7 million machine replaces an almost entirely manual process.

American Waste Control installed the new MRF in part to handle the new supply of recyclables from the City of Tulsa.

Between the machine and the people working on it, more than 95 percent of all of the waste is sorted and recycled. The amazing thing is that before, every bit of it was either sent to the incinerator or a landfill.

9/17/2012 Related Story: Many Tulsa Residents Resistant To Recycling As New Carts Are Delivered

Hill said Tulsa is now supplying his machine with 60 to 80 tons of recyclables every day.

The machine can pull out metal with magnets and it uses shots of air to blow every type of plastic into a separate bin.

It can see the difference between a milk jug and soda bottle and sort it out. It crushes the glass into specific sizes and paper into different types. On the end, very little comes out as trash, which is a dramatic shift in how Tulsa disposes of household waste.

American Waste handles all of Tulsa's recyclables. They sell the glass and paper to local buyers, but some things are shipped away. The cardboard often goes to China, only to be returned here, made into new boxes, holding new stuff.