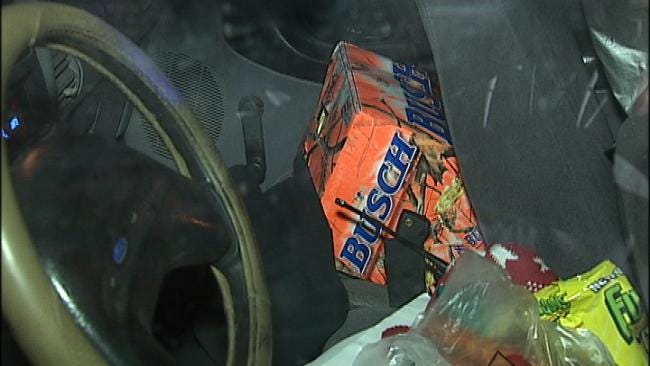 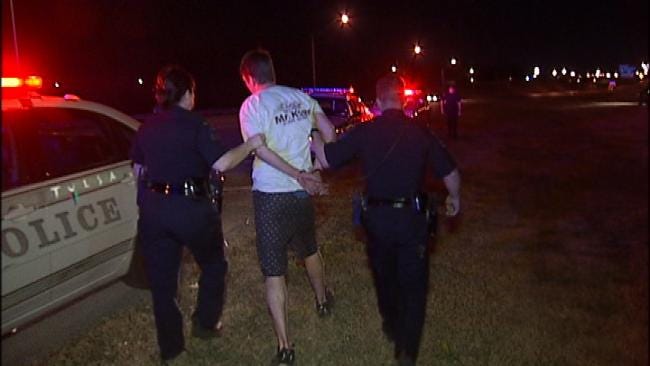 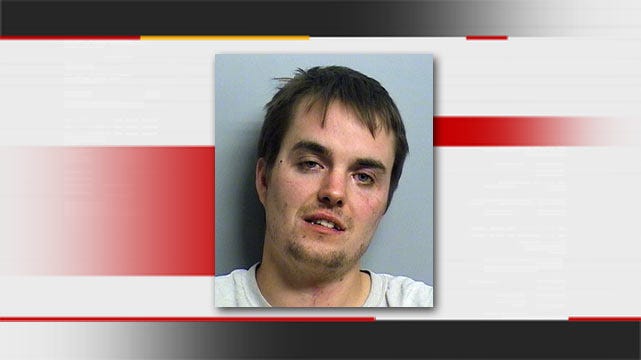 Editor's note: Earlier versions of this story mistakenly referred to the incident as an armed robbery. NewsOn6.com regrets the error.

Police say Justin Brimer took a case of beer and some taquitos from the QT at I-244 and Sheridan at around 2 a.m.

Police officers caught up with him on the highway and pulled his pickup truck over.

Once in handcuffs, Justin Brimer began screaming and taunting officers. They helped him get into a patrol car for his trip to the Tulsa County jail on multiple complaints.