Governor Joins Other Oklahomans Waiting In Line To Vote Today 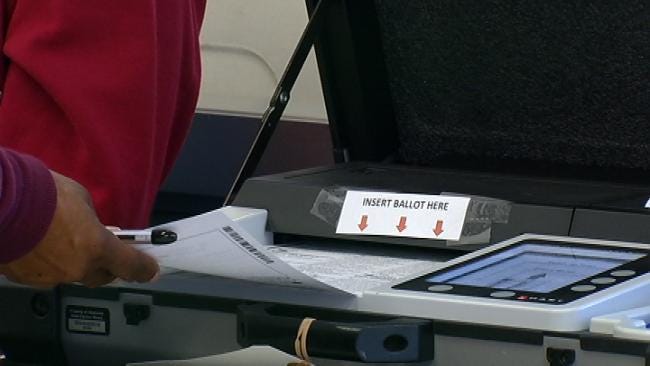 Oklahoma Governor Mary Fallin joined thousands of Oklahomans who lined up early Tuesday morning to cast their vote in the state's general election.

The governor voted around 8:45 a.m. at Oak Hills Church in Edmond. It's the polling place for her registered address.

Elsewhere, the polls across the state will remain open until 7 p.m. State election officials say the lines at the polls are expected to be the longest during the lunch hour and after work.

To save time, election board officials suggest voting during "off-peak" times like 1:30 p.m. to 4 p.m.

Oklahoma law requires every voter who votes in person at the precinct polling place to show proof of identity before receiving a ballot.

State election officials say there are 3 ways for voters to prove their identity under the law.

Also make sure you are at the correct polling place.

Thousands of Oklahoma voters were assigned to new polling places in 2011 following legislative and congressional redistricting.

If you're not sure where to vote, you can find your polling place location using the Polling Place Locator on the State Election Board's web site: http://www.ok.gov/elections/ppl/index.php.

And finally, election officials say when you are finished marking your ballot, please wait until the ballot scanner (voting machine) finishes processing the ballot of the voter ahead of you.

The scanner is finished when the blue Oklahoma flag changes to a white screen that says "Ready to Scan." Only then insert your ballot.