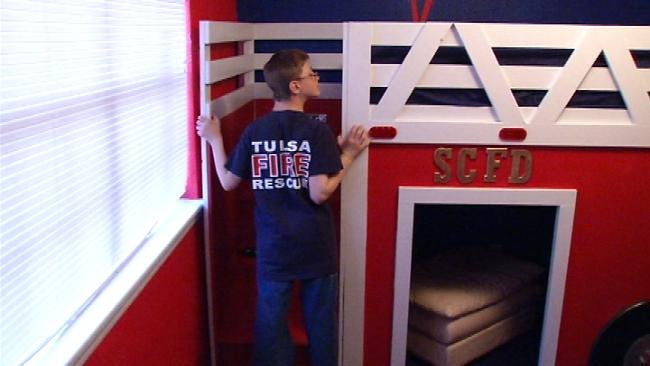 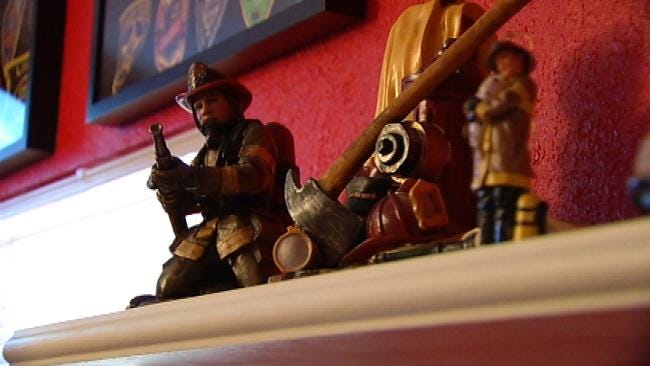 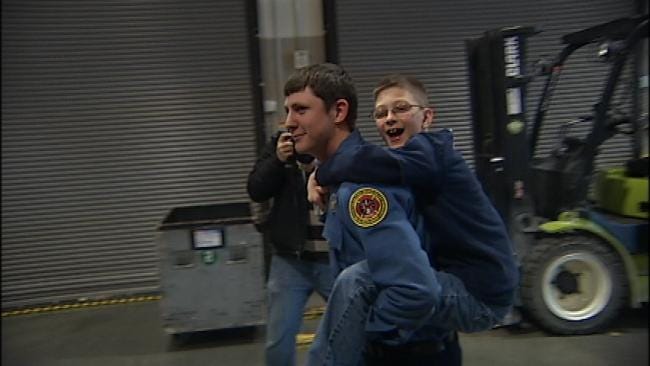 A 13-year-old special needs boy wants to be a firefighter when he grows up. To show their support, the firefighters brought the station to him.

Sean Cunnane wanted to be in full firefighter gear before he gave the News On 6 a tour.

Sean has cerebral palsy. He didn't walk until he was 4 years old and his love for firefighting started at age 5.

He saw his new remodeled room for the first time Monday.

"It makes me feel excited, proud and happy," Sean said.

Sean has been waiting since August, when the project began.

"I've watched it, I've come in every day and taken pictures. It's been like Christmas. I come home and say, ‘What's changed today?'" said Sean's mom Kris Cunnane. "But to watch him see it, it was just amazing."

Sean's had quite a surprising year. In February, he received $15,000 leg braces for free at a "WishGivers" seminar.

He was escorted there by Tulsa firefighters.

The guys fell in love with him and wanted to help remodel his room with what he loves.

Sean's using the braces to re-train his muscles and would love to work for the fire department some day, even if he can't be a firefighter.

"Sean wanted to live at the fire station and I got to live that dream," said John Smith, of TFD's Local 176. "It's something I always wanted to do. I get to go to the fire station every third day, I get to help people, I get an opportunity to give back—I just wanted to be a part of making his dream come true."

"I can't possibly thank them enough, they will forever have a very special place in our heart," said Kris.

Sean gets to be in the 2013 calendar that features Tulsa area firefighters.