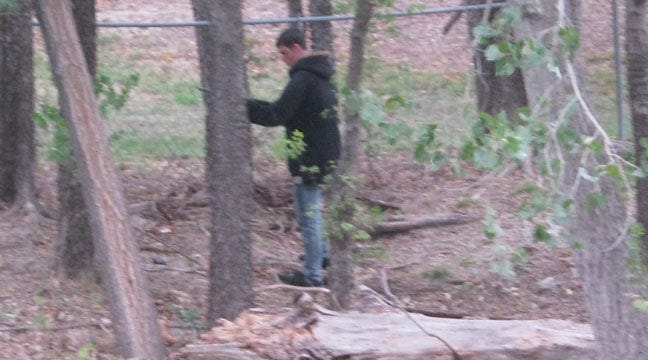 Owasso Police have released the photo of a person of interest in a home burglary. Authorities say the photo of a young man was taken in the Three Lakes neighborhood Thursday morning, October 25.

The person of interest is described as a white male with short, dark hair wearing a black hooded coat, blue jeans and black tennis shoes.

"Immediately following the burglary, Owasso Police conducted a K9 track around the residence and recovered all of the weapons and property excluding one black, semi-automatic .380, Taurus brand pistol," Boatman said in a news release.

If you can help police identify or locate this man, call the Owasso Police Department tipline at 918-272-COPS.