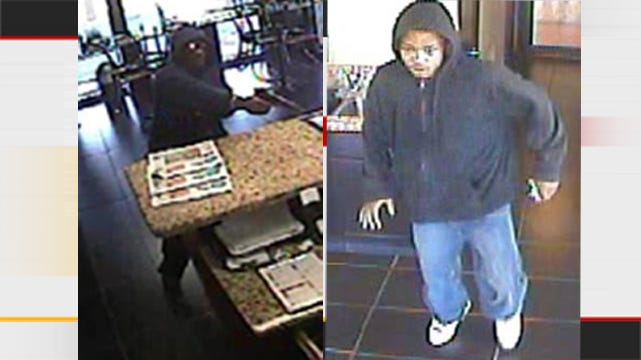 Tulsa Police hope surveillance photos will help them track down the two men who robbed a Super 8 Motel last Monday.

One man was carrying what employees believed was a toy gun.

The other had a pink stun gun.

The men took off in a white Chevy Blazer.

If you recognize either of the men or the vehicle, call Crime Stoppers at 918-596-COPS.