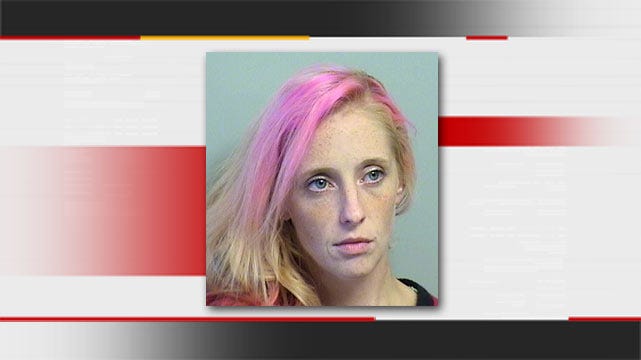 Jennifer Kathryn Steffen, 28, was arrested on October 3, following an investigation into theft of mail from the area around the 6000 block of South Utica in Tulsa.

Steffen is scheduled to make her initial appearance Thursday in the Northern District of Oklahoma.

"People should realize that when they have a single piece of mail that's stolen, they face up to five years in prison," said Worth Division Acting Inspector in Charge Regina Faulkerson. "We appreciate both the Tulsa Police Department and the Northern District of Oklahoma for their assistance in this case."Police said a resident in that Tulsa neighborhood videotaped Steffen taking mail from several mailboxes.

According to court documents, when Steffen was arrested, she had in her possession pieces of stolen mail, stolen bank cards, and tools.

U.S. Postal inspectors interviewed Steffen and she admitted the of the mail she had in her handbag did not belong to her.