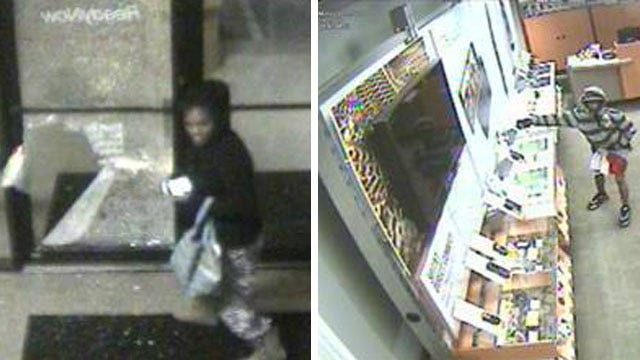 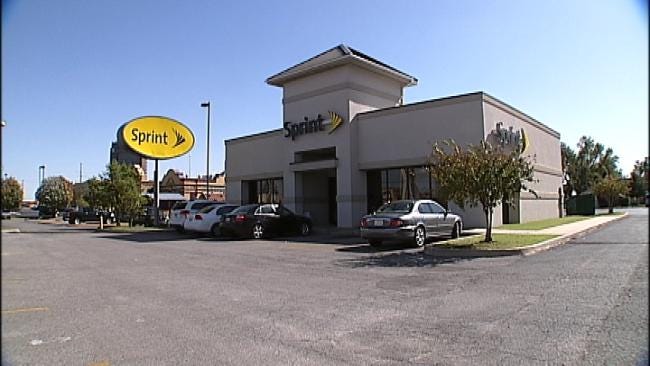 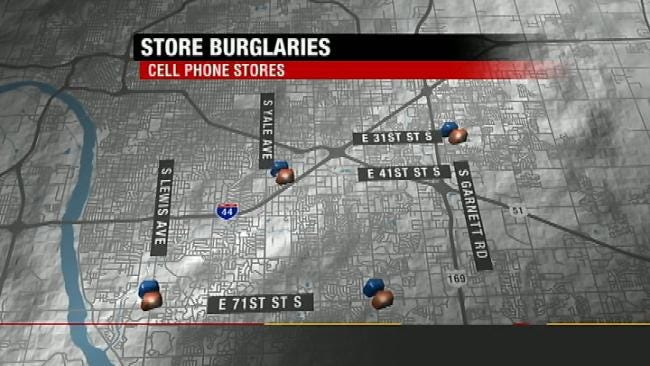 Four cell phone stores have been burglarized this month, and Tulsa police believe the crimes are connected.

The burglaries occurred between Oct. 2 and Oct. 16, all in the overnight hours.

Police said they're taking expensive phones - and likely selling them on the street - but whoever buys them is going to find they won't work.

The suspects seen in surveillance video are two black males, one wearing either a white- or gray-and-black striped hoodie and the other with a black hoodie, camo pants and brown boots. The possible getaway car is a silver or gray four-door car with an unknown make and model, police said.

Police have other pictures and aren't sure if it's the same man, but say the break-ins are so similar, they have to be connected.

"Basically, what they're doing—they're using some object, breaking the glass door and climbing through. Quick as they can, they're grabbing as many smart phones as they can, and they're out," said TPD officer Leland Ashley.

The thieves hit the Sprint store on 41st street near Promenade Mall on the October 12.

They smashed in the front door.

"Grabbed a few phones and got out, and the police got here in a fast response," said manager of the store, Joey Henley.

Henley said they took high-priced smart phones, but whoever buys them is going to find out they're worthless.

"I would definitely warn people from buying they phones … anybody got through theft or anything like that because they're not going to be able to use them, and they might be out a lot of money," Henley said.

They targeted phones made by Apple and Samsung.

Henley said they often have people come in to activate phones they've bought on the street.

"When people do stuff like this and they think they're gonna get away with free phones and activating or selling them, they're not gonna be able to do anything. We're going to flag them … and when they come into the store, we're just going to keep the phone," Henley said.

So the phones - especially ones without SIM cards - are worthless without being activated by the company.

If you recognize the people in the pictures, or if you've been approached about buying one of these phones, police want you to call them at 918-596-COPS.