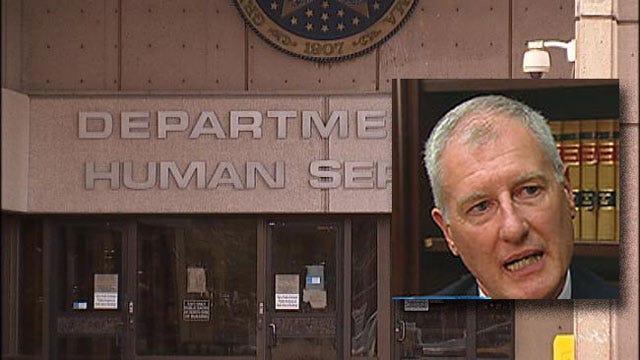 Edward Lake has accepted the position of Director of the Oklahoma Department of Human Services (OKDHS).

Lake's acceptance of the job concludes the Commission's nationwide search since March to replace former Director Howard Hendrick who retired after serving nearly 14 years in the position.

"I am very pleased Mr. Lake has accepted the offer to become the permanent director of OKDHS," said Preston Doerflinger, who has been interim director of OKDHS since March. "Although I will be turning over the helm to Ed on November 1, I look forward to continuing to work with him throughout this next year as a liaison with the Governor's office and with the legislature."

After the deaths of several children while in DHS custody, a bipartisan committee of Oklahoma lawmakers was created to help reform the agency. In May, the group announced a list of recommendations, including a proposal to abolish the Commission for Human Services, and allow the governor to appoint the head of DHS. The director would then report directly to the governor.

"Ed Lake is the right man at the right time," said Commission Chairman Wes Lane. "He has both the credentials and the credibility to not only build upon the great work already being done at DHS, but to institute and further those reforms necessary to restore the public's trust in this critically important agency."

Lake is from Hendersonville, Tennessee. He worked in nearly all levels of the Tennessee DHS from 1973 until retiring in 2011.

He also served as a child welfare caseworker, a food stamp office supervisor and as both a county and regional director in social services.