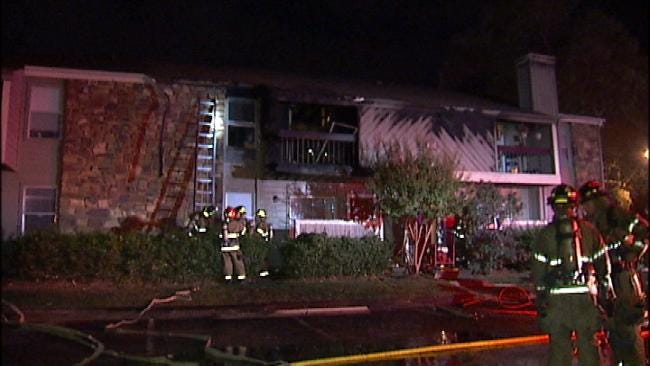 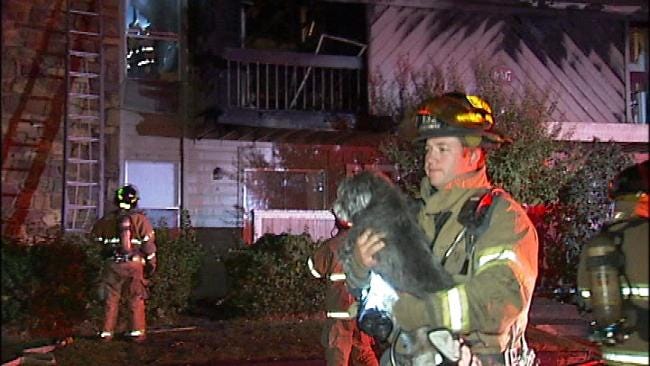 Four residents were affected by a fire early Sunday morning at the Avondale Apartments, 69th and South Trenton. Tulsa firefighters were called to the scene just before 4 a.m.

The fire was contained to two apartments and was under control within 30 minutes. Firefighters rescued a dog and returned the pet to its owner.

One man complained of a minor injury. The cause of the fire is under investigation.

The apartment management told News On 6 they would find two other apartments for the four people displaced.