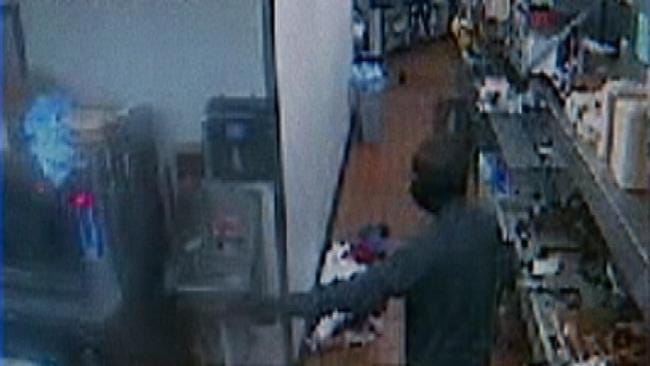 Tulsa Police hope you're holding the key to solving a couple of recent robberies.

The suspects were caught surveillance cameras at the Braums stores that were robbed.

Police said two masked men have robbed the ice cream stores, one on Sheridan and one on Admiral, guns and demanded money.

They said the men forced employees to open the registers and the safe.

"You can image this is probably really a traumatic experience, you know, to be at your job, someone enters and puts a gun in your face," said TPD spokesman Leland Ashley. "So, we'd really like to get these individuals off the street."

The robberies have happened the last two Saturday mornings, right after opening.

Even the smallest detail could help police make an arrest. If you have any information, you can call Crime Stoppers at 918-596-COPS to make an anonymous tip.