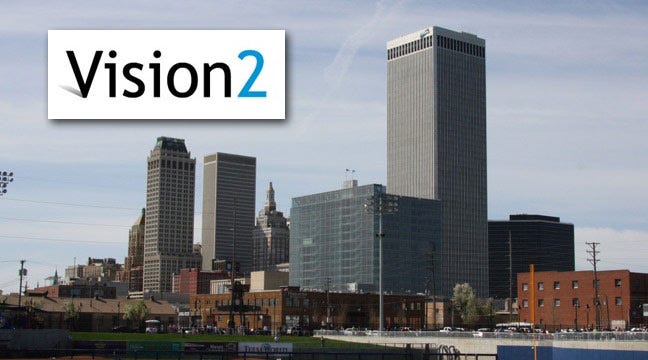 The group called Tulsa's Young Professionals wants you to vote for the $750 million Vision2 sales tax extension in November.

They announced that support Thursday.

TYPros calls Vision2 an investment in the future that will hopefully include Arkansas River development.

"It has been over 40 years that Tulsans have been speaking about putting water in this river, and we feel like that's been long enough," said TYPros Executive Director Brian Pachal.

If you're able to vote, you'll be able to decide whether to approve Vision2 on November 6.