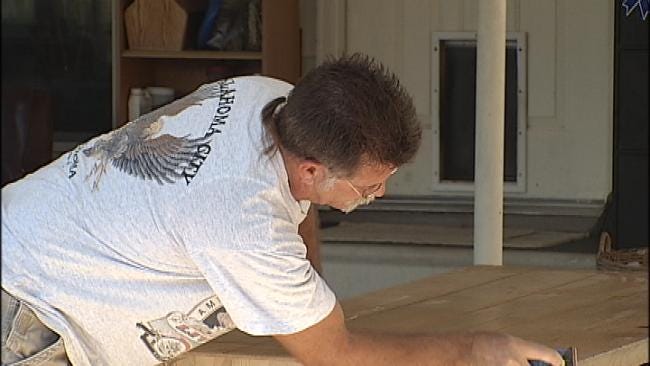 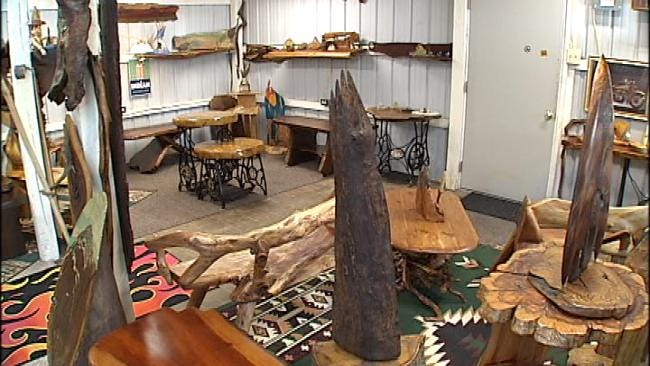 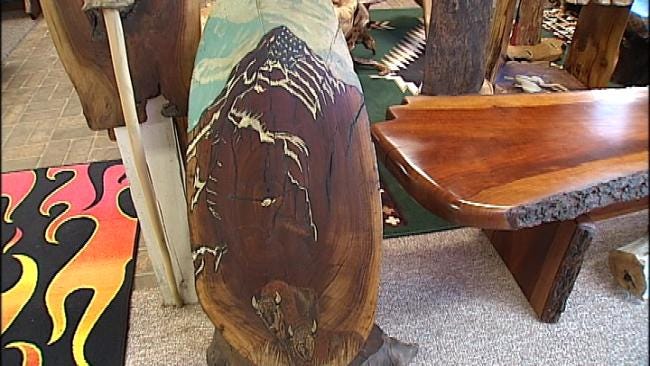 Our area is full of talented artists and one has combined Native American craftsmanship with frontier style and flair.

He's re-purposing what was going to be scrapped into something useful—something beautiful.

It's a unique project, but not nearly as unique as what Baldwin usually does with wood.

"This is really what I live to do," Baldwin said.

For more than 30 years, Baldwin has been making what he calls Native American crafted, frontier-style furniture.

"To me, this is cowboy furniture. If you were a cowboy, living out on a ranch and you were building yourself a sod house, this is the kind of stuff you would have had in your cabin," Baldwin said.

He said it all started with a desire to build his own furniture.

It became a passion and now it's an occupation for the Osage and Kaw artist and designer.

Baldwin said one of the great things about those trees is that each one has its own unique beauty.

"That's the fun part, finding out what God left in that tree," he said.

Raised on reservations across the US in the ‘50s and ‘60s - his dad was a federal Indian agent - Baldwin developed a love for Native American artistry at a young age.

And with each passing year of his woodworking, his appreciation for natural beauty grows.

"It's actually more beautiful, the less you do," Baldwin said.

Many of his pieces are now scattered across many Western states, and some have found their way to Ireland, France, and Canada.