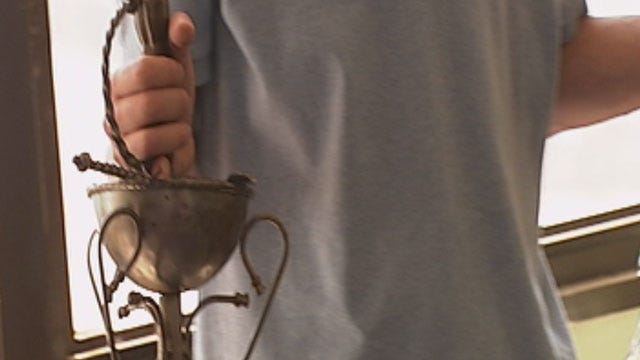 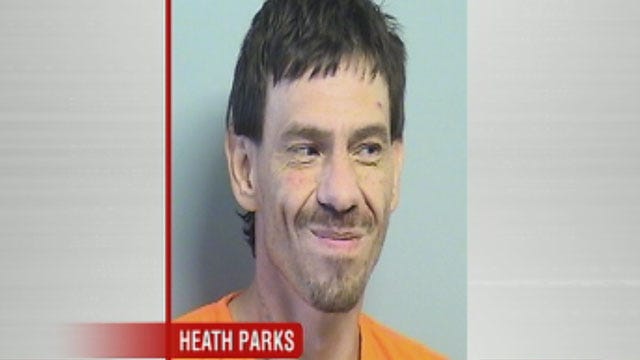 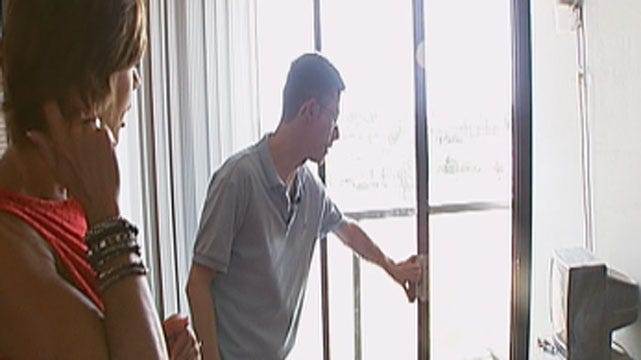 A Tulsa man fought off an intruder inside a gated condo community in downtown Tulsa, six stories up, a place most people would feel pretty safe.

Tim fought off the man with a gun using only a candlestick and his will to survive.

Many people wonder what they would do if faced with an armed criminal. Panic? Freeze up? Or do what it takes to survive? Tim had wondered that, but, now he knows, because he fought for his survival.

"I woke up on my couch and noticed my balcony door is open," he said.

It was 7 a.m., a week ago Saturday, when Tim realized someone could be in his apartment. He went to his bedroom and realized the gun his father gave him, with one round in it, was missing from its box. He turned and a man was pointing that very gun in Tim's face.

The man duct taped Tim's hands, put him on the bed and covered his head, then started rummaging for things to steal.

Tim realized the man could come back and kill him, so he decided to go out fighting. He wiggled off the bed, got a hand free, and looked for a weapon.

"I grab my candlestick, the only thing near me," Tim said.

The man realized Tim is free and pointed the gun, pulled the trigger, but, hadn't chambered the bullet, so it didn't fire. The fight was on and Tim started beating him with the candlestick, all the way out to the front door.

"We exchange more blows. I got him good enough, he goes into the kitchen and puts his hand on the counter.. he's woozie.. he's wobbly," Tim said.

Tim's face was bloody as he ran to a neighbor and called 911. An alert neighbor spotted the robber, Heath Parks, passed out on a nearby balcony, still with Tim's laptop, money and wallet contents on him. He needed five stitches.

Records show Parks is an ex-con with a long laundry list of felony convictions.

The crazy part is how Parks got into Tim's condo in the first place. He had come over from a neighboring balcony, risking a 60 foot fall, with nothing to catch him but brick.

Tim says he's glad to know he has it in him to fight for his life. But, he also learned two valuable lessons. Always keep your gun put away where only you can find it and lock your balcony door, no matter how high up you are.