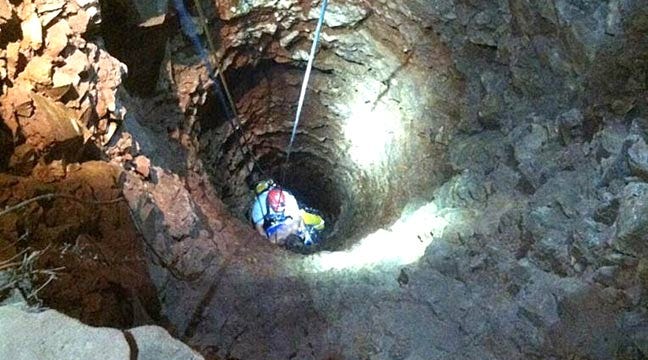 A 16-year-old Delaware County teenager had to be rescued from an abandoned water well late Sunday after he and two of his friends tried to steal scrap metal covering the well in a pasture.

The Delaware County Sheriff's Office says the trio was stealing a section of a car body lying in a pasture at about 10 p.m.  They didn't realize that it covered an old well and as they lifted it up, the 16-year-old fell about 100 feet into water at the bottom.

By the time sheriff's deputies and firefighters from Jay, Colcord and Oaks arrived at the well, the teen had climbed up as far as he could.

A firefighter was lowered to the teen and lifted him the last 30 feet out of the well.

Deputies say the teenager was not injured, but was cited along with his two friends for the attempted theft of metal.

The well is located in a pasture east of Colcord on county 680 Road just off state Highway 116.