Driver May Have Sparked Series Of Sand Springs Grass Fires 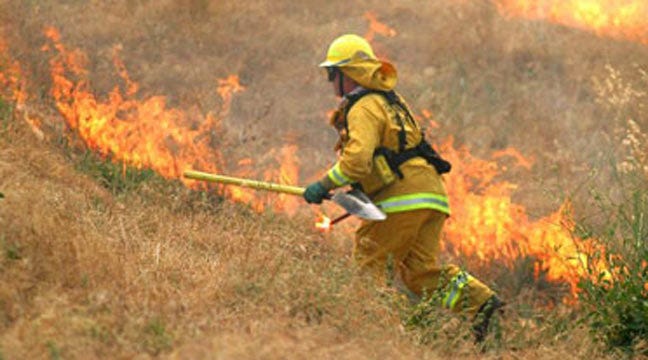 Sand Springs area fire departments are looking for a possible arsonist - or careless driver - after a series of small grass fires broke out Monday evening.

Authorities are not sure the fires were deliberately set, but want to remind citizens to be on the lookout for any suspicious activity as the state-wide burn ban continues.

All the fires were extinguished before they could do any real damage, he said.

The fires are still under investigation, but Wood said it is possible that a small, black two-door car was involved in starting the fires – either intentionally or by dragging something that was causing sparks.

Chief Wood asked that anyone seeing anything suspicious or unusual concerning fires contact 911.