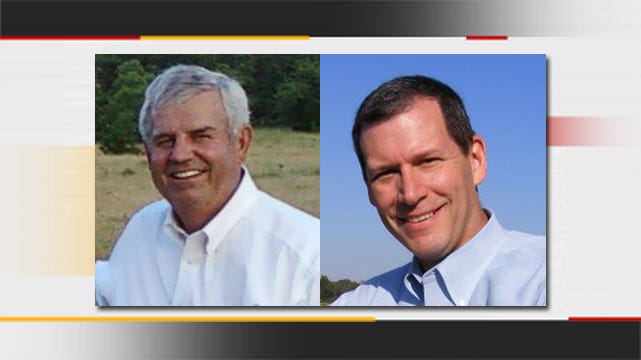 The two democrats in a runoff for Oklahoma's second Congressional district seat are sparring over taxes.

Wallace says, not so fast.

Herriman's campaign manager asks, "How can Rob Wallace, as a former District Attorney - an official, supposedly responsible for upholding the law - fail to pay taxes for 20 years?"

In dozens of pages of documents provided by the Herriman campaign, Wallace's name is listed time after time on paperwork needed to start a business.

One of the earliest documents dates back to 1989, for a law practice in Poteau.

That company was suspended two years later for failing to comply with the tax code.

The documents cover numerous other businesses, like investments, real estate, printing, retail and landscaping, that all were incorporated, and later suspended.

The Wallace campaign says Herriman's comments are a flat lie and that Wallace's involvement in those companies was only as an attorney—the person who would have to respond, if those companies were involved in a lawsuit.

Kyle Gott, the campaign manager for Rob Wallace, said, "Rob Wallace is not responsible for any outstanding taxes. You cannot owe any taxes to the government and work as a District Attorney, and surely not as an Assistant U.S. Attorney. Rob went through a 14 month background check and was twice given a top secret security clearance as a prosecutor because [his] background and integrity are impeccable."

Wallace's campaign says Herriman's businesses have not played by the rules. They claim one was shut down by the government for not paying taxes on time, and another was sued by the State Insurance Fund for failure to pay.

We could not independently verify the claims Rob Wallace's campaign made about Wayne Herriman's businesses.

The runoff election is August 28. The deadline to register to vote before that race is August 13.