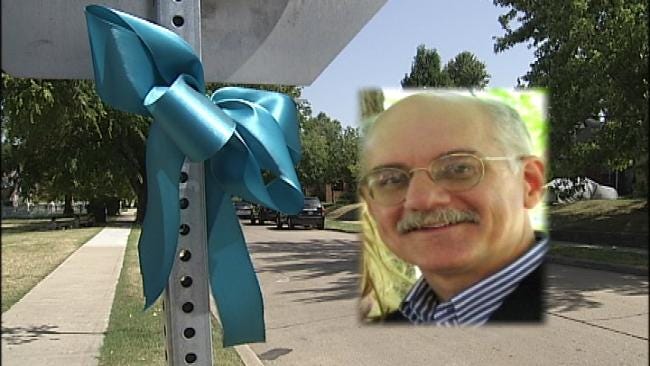 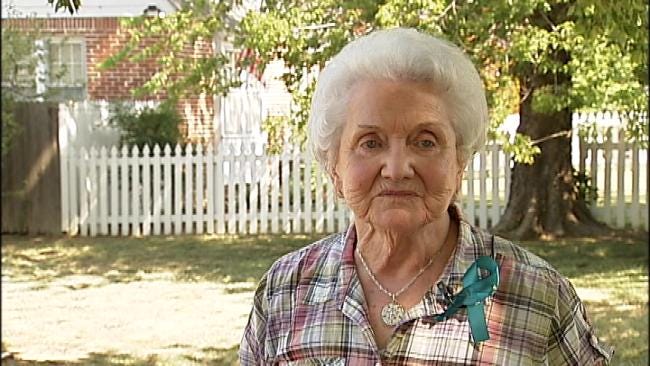 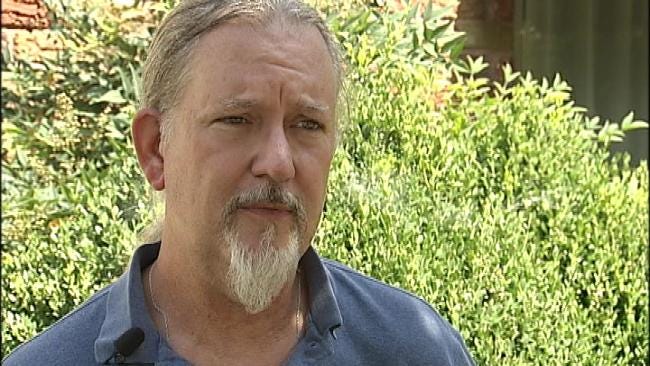 Wesley Brown, the man killed by a stray bullet in last weekend's shooting at the Best Buy store on Skelly Drive, played a big role in Florence Park, holding many titles with the neighborhood association.

So, when the neighborhood decided to do something to honor Brown, they chose to hang teal ribbons, because teal was Brown's favorite color.

Now that gesture is becoming a movement with even greater significance.

"We just think all of these people that have given us kind words and little acts of kindness, they've meant an awful lot to us," said Wesley Brown's mother, Marquetta Brown.

With a teal ribbon pinned to her blouse, Wesley Brown's mother, Marquetta, fought back tears to say thank you to neighbors who have shown their support.

"He meant a lot to a lot of people," said Jack Welch, from Tulsa. "We put up these ribbons to assure his family of how much he was cared for and loved

Now, with the memory of his friend, front and center, Lance Woolsey, the neighborhood association president, is ready to fight back against gang violence.

"Let's make this a little bit more, and maybe Wesley's death can have a little bit of the meaning that his life had," Woolsey said.

Woolsey said other neighborhood associations are also ready to jump in.

"We all want to get this thing out of the city," Woolsey said. "I mean, it's not the way it used to be."

"We also want our elected officials to step up to the plate now and, ya know, give them the resources they need, the laws, whatever it takes to crack down on this," Woolsey said.

It's a small step that could bring a big change to the city Wesley Brown loved so much.

"I realize that his death will not be not be in vain if it helps Tulsa be a safer community. That is my solace and that is my comfort," Marquetta Brown said.

It's one comforting thought that will hopefully help, just a little, to heal many broken hearts.