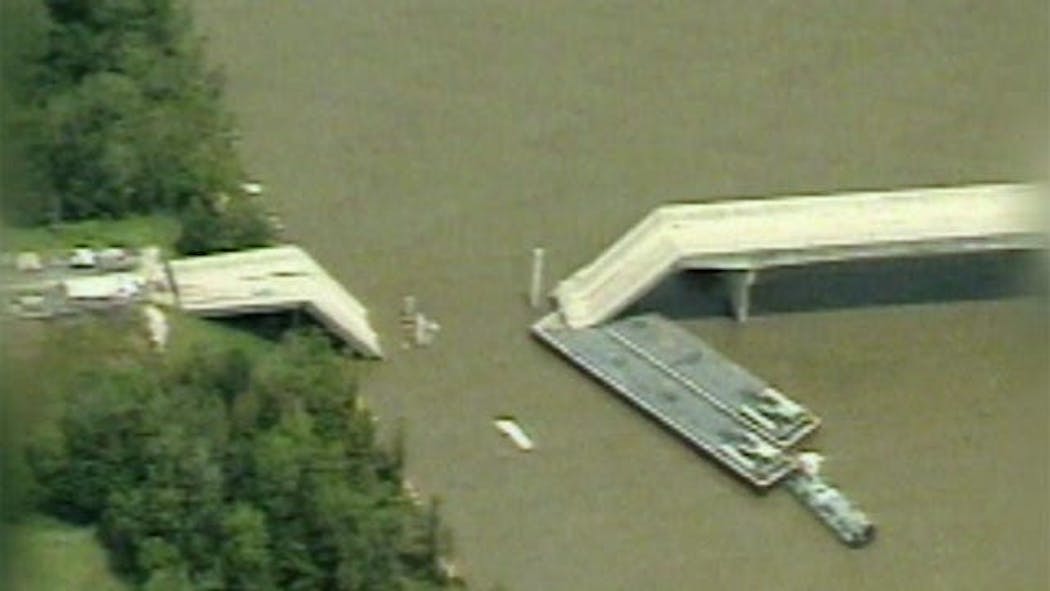 A memorial to the victims of the Webbers Falls bridge collapse will be dedicated at 10 a.m. Memorial Day. Fourteen people lost their lives when a barge hit piers supporting an Interstate 40 bridge over the Arkansas River on May 26, 2002.

More than 500 feet of the four-lane structure collapsed into the river, causing cars and tractor trailer trucks to plunge into the water.

Family members and other supporters will attend the memorial dedication hosted by Webbers Falls Mayor Jewell Horne, according to the Oklahoma Department of Transportation. First responders and others involved in the aftermath of the bridge collapse will also be recognized.

Oklahoma artist Shahla Rahimi-Reynolds designed the bronze and granite memorial which stands along the bank of the river. It features a clock stopped at the time of the collision and a statue of a child releases a dove.

Local and state dignitaries are expected to attend the Memorial Day event.