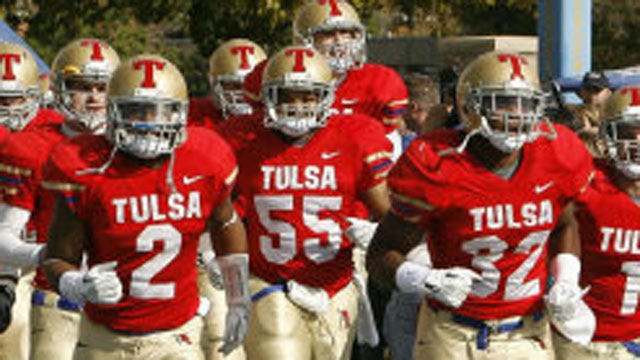 University of Tulsa junior linebacker Shawn Jackson will miss the first three games of the 2012 season because of a violation of team policy.

In a news release, TU head football coach Bill Blankenship said Jackson will be able to return to the lineup for a September 22, 2012 non-conference home matchup against the Fresno State.

"There are consequences to our decisions and sometimes bad decisions have harsh penalties," said Blankenship. "I expect that Shawn will learn from this situation and become better for it. We need for Shawn Jackson to be a leader on and off the field, and I firmly believe that he has the character, determination and work ethic to be just that for this football team."

Shawn Jackson started 23 games in his first two seasons with the Hurricane and has tallied 189 career tackles. He had the second-most tackles on the team a year ago with 101 stops, while 11 of those tackles went 52 lost yards.

"In his absence, I fully anticipate that we will have someone jump into that position and provide us with quality minutes. It could be one or it could be a combination of players that we'll use at that linebacker position," said Bill Blankenship.

Their first home game is Tulane on Saturday, September 8, 2012.