Cowgirls Pick Up Close Win In Only Exhibition 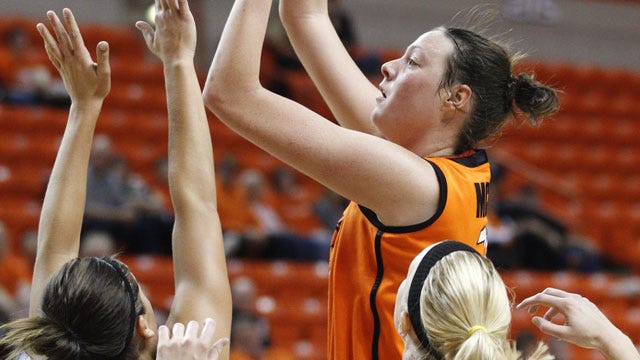 STILLWATER, Oklahoma – That's what exhibition contests are for.

The Oklahoma State Cowgirls got a bit of a sloppy game out of their system before the regular season with a 55-51 exhibition win over Fort Hays State on Wednesday at Gallagher-Iba Arena.

A crowd of about 2,000 watched as the Cowgirls sought to gain some ground in a largely defensive battle.

OSU took an 11-point lead midway through the first half, but couldn't keep adding to its margin.

The Tigers made a run and trimmed the lead to four points with four minutes remaining and went into halftime trailing Oklahoma State by only six.

And the start of the second half only got worse for the Cowgirls as Fort Hays State knocked down several 3s to knot the game at 38 with 11:14 to go.

But a 3-pointer from Lindsey Keller and a layup from Tiffany Bias gave Oklahoma State the lead for good and the Cowgirls were able to hit their free throws down the stretch and escape a rough game.

Keller led Oklahoma State with 14 points. Sophomores Vicky McIntyre and Kendra Suttles had 12 points each in the win.

OSU will open regular season play at home against the Rice Owls on Sunday. Tipoff is set for 2 p.m.