There's No Mystery In Oklahoma Earthquakes 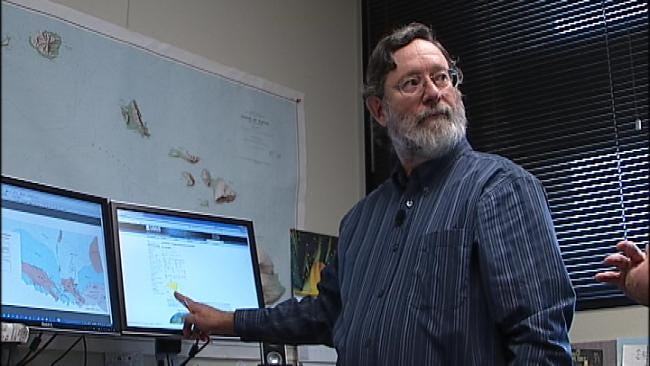 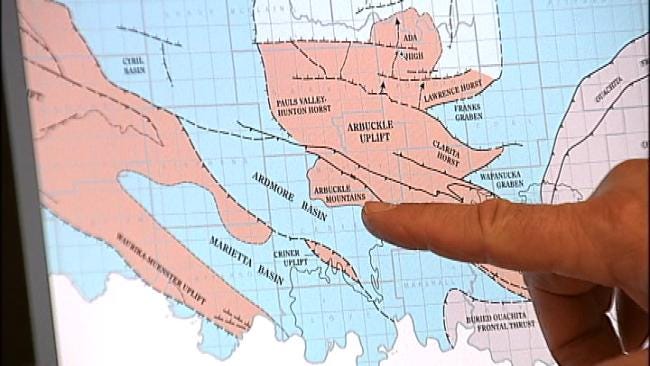 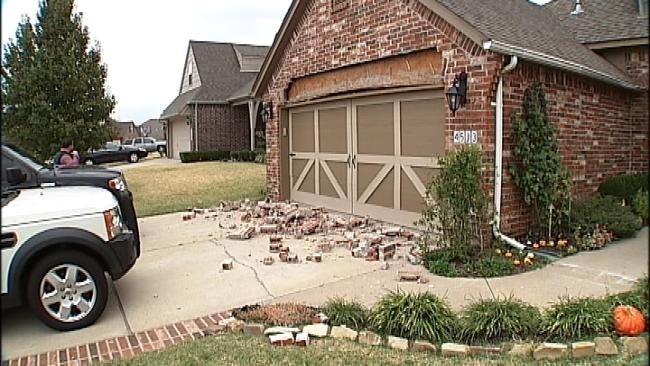 Editor's note: This story was posted in November, 2011.

Oklahoma was rocked with its second earthquake in 24 hours. The U.S. Geological Survey says the magnitude 5.6 quake hit around 10:50 Saturday night and was centered near Sparks in Lincoln County.

How bad was the damage, and do scientists think it will happen again?

Saturday night's quake shook homes all over the state. Geologists say this weekend's event are nearly 300 million years in the making.

Corey Dittamore had quite the surprise after last night's earthquake when bricks fell of a nearly 16 foot long section above his garage.

At the Prague Public Library, air ducts have fallen through the ceiling, and books and pictures frames are scattered about. In Sparks, 5 miles from the epicenter, a home is left ransacked - with cracks on the walls and broken glass covering the floor.

All from the second Oklahoma earthquake in less than 24 hours.

Dr. Bryan Tapp is a structural geologist at the University of Tulsa; basically he studies how rocks move beneath the earth's crust. He says Oklahoma has small earthquakes every day.

"We are still under a region that is trying to shift, but it is relatively slow," said Dr. Bryan Tapp, Ph.D.

This action caused a fault line to form between the two basins, that fault line is where the epicenter to these large earthquakes is located. He says the earth is still trying to relieve pressure from those long ago geologic events.

"So we just seem to be relaxing, just slightly, over time," he said.

One thing he's positive of: this mess was not caused by fracking.

"There's no way that this particular fault or this particular earthquake could have been activated by oil field activity; there's just no evidence of that," said Dr. Bryan Tapp, a structural geologist.

Dr. Tapp says we can expect some more earthquakes in the future but probably around the magnitude 3 range.

He would be surprised if we see another over five and is confident that we are not gearing up for the "big one."