Senior Night Upcoming For Kaleb Mackey And The Afton Eagles More About the Rudy Awards 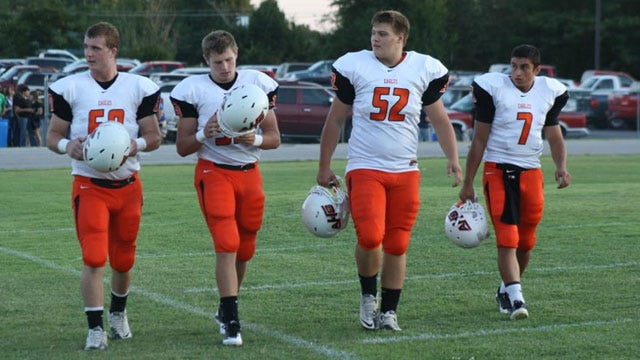 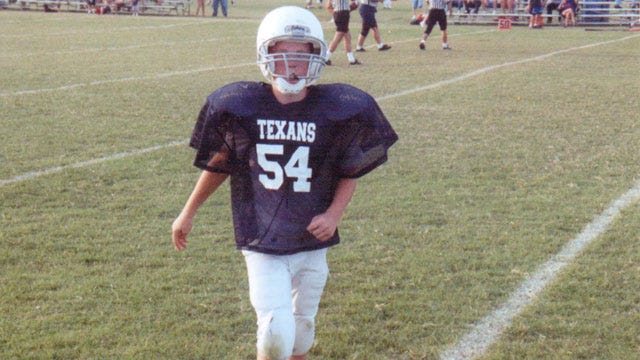 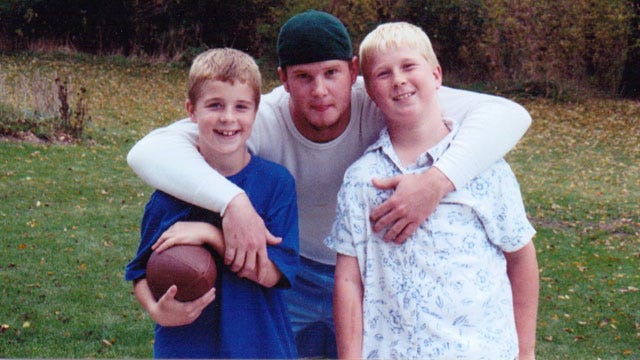 AFTON, Oklahoma – Afton Eagles lineman Kaleb Mackey is a successful high school football player and starts as a senior for his team.

But what makes Mackey truly inspirational is the path he took and the work he has put in to get there.

Mackey was born with cerebral palsy and wasn't able to walk until he was two years old. He has limited use of the left side of his body.

Despite a couple of setbacks, however, he never let anything stand in the way of becoming an integral part of the Afton squad.

"I don't like to say that I have limitations," Mackey said. "I just have to work harder than everybody else.

Mackey's willpower was evident at a young age as he followed his brother, Ty, everywhere, including onto the football field.

Mackey said his parents didn't allow him to play at first, but they essentially couldn't keep him off the practice field with his Ty's team, and he eventually joined up.

Ty said the older siblings are often the ones putting more pressure on the younger ones, but in his case it was the other way around.

"It was a blessing because (Kaleb) was the younger one but he always pushed me harder," he said. "He was the one who always wanted to go play ball when it was 40 degrees out and it was too cold to even get out of bed, he still wanted to go."

Mackey's friends and teammates said that they don't think he realizes just how much of an inspiration he is to the team.

The recognition he deserves

Mackey has fought through a lot in his life to keep himself on the football field, and this year has been no exception.

His cerebral palsy often means that staying near the game he loves means paying a price.

After dealing with blood pressure issues last year, he also had to deal with a broken foot this year.

"I put myself through pain on the football field for the guys in the locker room, for my teammates, for my coaches, for the town," Mackey said. "Because we need the best 11 guys on the field and I think I'm one of them."

That's where Mackey's football career goes from inspiring to even more extraordinary.

He didn't just overcome all his adversity just to make the Afton roster. He's a starter and a real playmaker.

Mackey's best friend Brooks Victor said the success on the field all comes back to the heart and determination factor.

"I don't know anyone else in this locker room who could do it besides Kaleb," Victor said.

Mackey's family said that if other teams underestimate him simply because of some limited movement, they are going to get blown away.

"I pity the kids that underestimate him, because they usually end up on their butts," his father, Robert Mackey, said.

Kaleb Mackey is not a player that's going to be pushed around on the field. Standing 6-2 and weighing in at a stout 225 with plenty of muscle on his frame, opposing teams are usually very familiar with him by the end of the game.

With everything he has accomplished both on and off the field, Afton assistant coach Ike Mustain thought it was about time Mackey got the recognition he deserved.

"I was just kind of messing around one night on the computer and I came across this ‘Rudy Award,'" Mustain said. "I didn't even know there was such an award out there, but as soon as I read about courage, dedication it made me think of him."

Mackey has now been named a semifinalist for the national High School Football Rudy Awards, which celebrate outstanding young athletes for their ability to inspire teammates, classmates and communities.

Fans, friends and family can learn more about the awards at highschoolrudyawards.com and can vote to show support for Kaleb at

The honor is certainly well-deserved for one of the toughest, most dedicated high school football players in the state. But Mackey said the recognition means a whole lot more than just a personal triumph.

"It means that all my hard work and dedication has been seen by others," he said. "And that maybe I'm a role model for little guys."

Sheriff: Claremore Schools On Lockdown After Break-Ins Near Campus