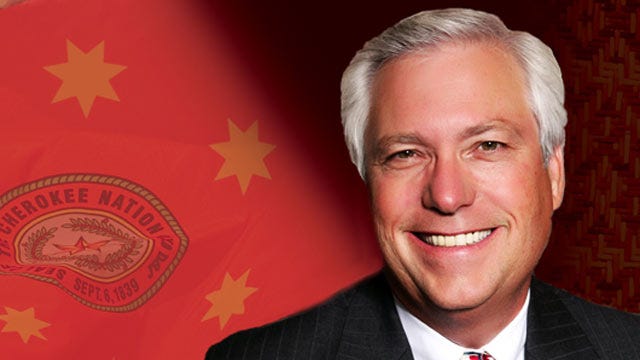 Bill John Baker is the 26th Principal Chief of the Cherokee Nation.

The ceremony will feature a performance by the Cherokee National Youth Choir and former Oklahoma governor David Walters, who will serve as master of ceremonies.

Baker says Chief Michell Hicks of the Eastern Band of Cherokee Indians and Chief George Wickliffe of the United Keetoowah Band will join him, the first time all three federally-recognized Cherokee tribes have come together for a Cherokee Nation inaugural ceremony.

"I am excited for the celebration of our inauguration and I look forward to tribal leaders, employees and volunteers coming together and celebrating," said Bill John Baker.

Sunday's event will be at Sequoyah Schools at 17091 South Muskogee Avenue.

Baker says everyone is invited to a free traditional hog fry following the ceremony.