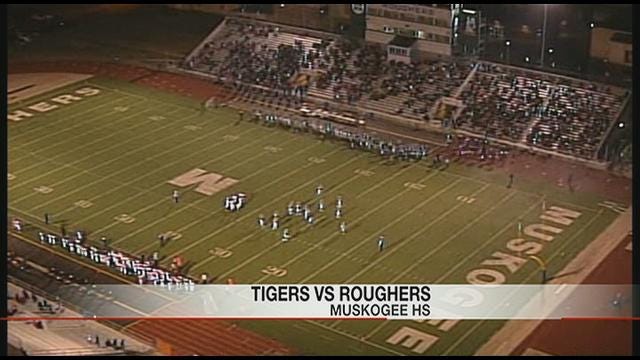 TULSA, Oklahoma -- SkyNews6 took to the skies of Oklahoma to bring coverage from Muskogee for the Roughers' matchup against Norman for a playoff spot and to Wagoner as the Bulldogs host the McLain Titans.

Muskogee and Norman sat tied in the fourth quarter when the Tigers lost quarterback Zack Long to an injury. Backup Steven Mudd led Norman on a TD drive, capped off by star Donovan Roberts' third touchdown of the day.

On the next drive Roberts put the nail in the coffin with a 37-yard touchdown run to put the Tigers up 35-21 with 2:53 left to play.

Wagoner was looking to avenge a loss at the hands of Catoosa and took their frustrations and took it out on McLain.

The Bulldogs led 13-0 at the half and opened up a big lead in the third quarter, scoring 35 points in a quarter to take a 48-0 into the fourth quarter.