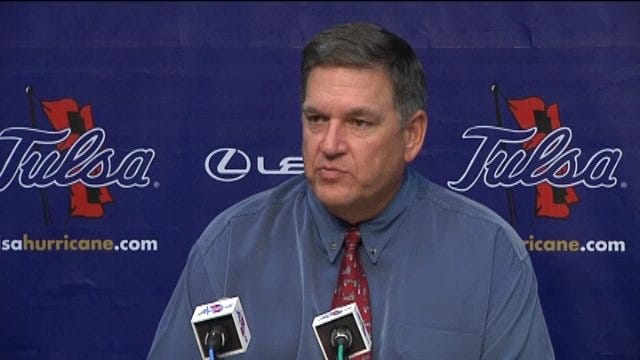 The Golden Hurricane defeated the Rice Owls 38-20 this past weekend and will host SMU on Saturday at 2:30 p.m.

Some highlights from Blankenship's press conference:

On scouting SMU: "SMU is going to be, obviously, all we want. I think they had a tough outing down at Southern Miss. Certainly, they are very impressive on film. We feel like we know SMU pretty well. They've got a great group of receivers and seem to be really deep there."

On getting a tough SMU team at home for homecoming: "It's huge. Being able to come home and it's homecoming weekend. It should be a great crowd with a lot of folks here. It's a great opportunity for our folks to come out, fill the stadium and be excited to come. This is a game that matters and means something. It's a couple of good football teams and it happens to be homecoming so we should get some casual folks as well."

On game balls from the Rice game: "We gave game balls to Trey Watts, who had an outstanding game all around. He ran with great passion and had two touchdowns on the night. Willie Carter, had the best receiving game of his career, nine for 160 yards. Curnelius Arnick continues to just lead by tackles and we remind that the scheme is designed for him to make a lot of tackles, but he consistently does that. He had 12 more tackles, but also continued with a sack, interception and press break-up. Marco (Nelson) was in the right place at the right time on two separate times."

On SMU's kick-blocking specialist, who has blocked seven field goal attempts and six extra points in less than three seasons: "They give you some issues on special teams. The big guy Margus Hunt, at 6-8, has a knack for blocking field goals and PATs. I don't know where his number is now, but it's some kind of record. We're going to have to be aware of that. Unfortunately he got a couple of those this year. We're going to have to be aware and sound in that game."