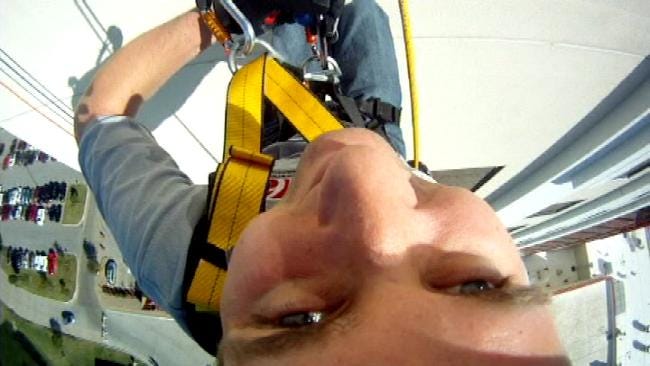 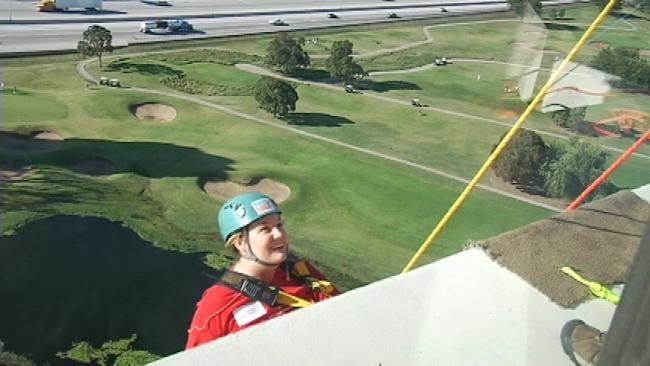 CATOOSA, Oklahoma -- If you drove by the Hard Rock Hotel and Casino on Saturday, you may have seen people rappelling down the south side of the hotel.

You weren't hallucinating - it was benefit event for Special Olympics Oklahoma. Our own Dave Davis was one of the rappellers.

About 38 people, including Dave, rappelled 19 stories down the side of the hotel for an event called "Over the Edge." "Over the Edge" is a nationwide fundraiser. The event in Seattle involves a 50-story building!

Dave made it down the side of the Hard Rock in just over five minutes. And there was one Special Olympian who took the plunge.

Her name is Jennifer Horton, and she is from right here in Green Country! Jennifer's sports are bowling and bocce ball. She recently competed in the National Games in Nebraska.

And Jennifer says that she went Over the Edge to show that people with disabilities can do the same things that anyone else can.

The Over the Edge event raised over $35,000 for Special Olympics Oklahoma.