ORU Picked As Preseason Champ; Luper Player Of The Year 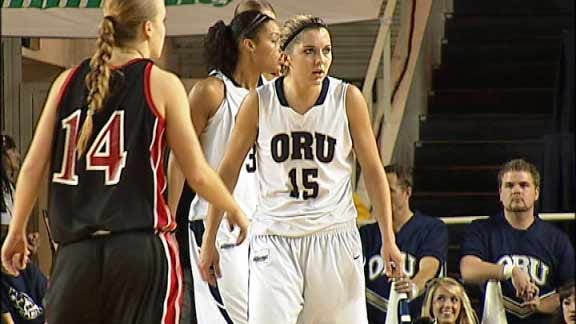 ELMHURST, Illinois -- All but three of the votes went to the Golden Eagles as Oral Roberts was picked to end Oakland's conference title streak and claim the championship, the league announced Tuesday.

Junior Kevi Luper was named the preseason Player of the Year, while teammates Jaci Bigham and Jordan Pyle were Preseason All-Conference selections.

ORU claimed 24 of the 27 votes from coaches, members of the media and media relations personnel, putting them nearly 60 points ahead of Oakland and more than 80 points ahead of defending tournament champion South Dakota.

Luper garnered back-to-back player of the year honors, leading the league in scoring in both her freshman and sophomore seasons. Pyle has finished in the top 15 in scoring in her two seasons with the Golden Eagles, while Bingham heads into her senior season after leading the conference in assists in back-to-back seasons.

ORU Picked As Preseason Champ; Luper Player Of The Year