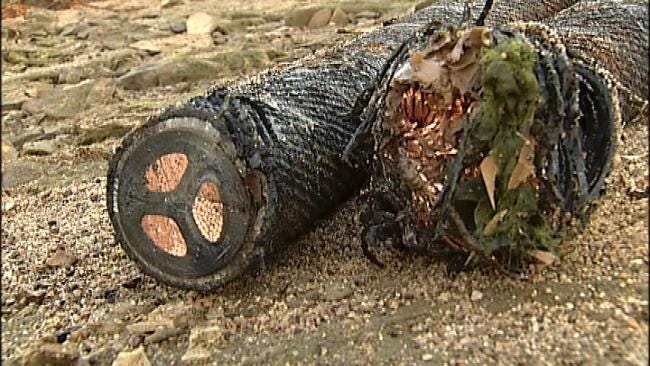 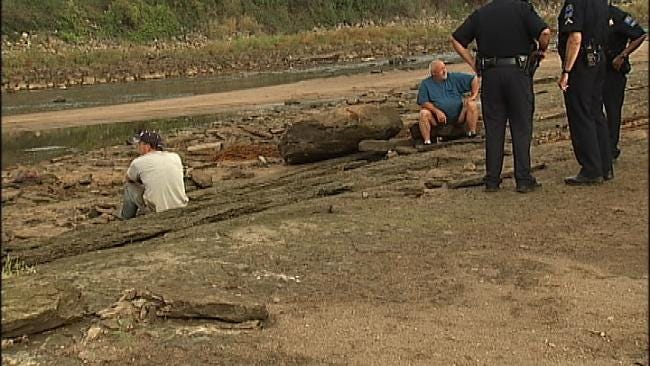 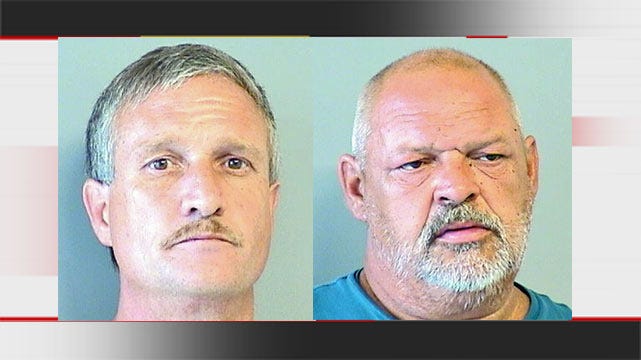 UPDATE: Tulsa Police have arrested two Sand Springs men for stealing copper cable in the Arkansas River.  Police arrested Robert Kennemer, 50 and Darren Kennemer, 46 on a complaint of larceny of copper cable. Both were booked into the Tulsa County jail.

TULSA, Oklahoma -- Two men are being questioned after Tulsa Police saw them salvaging an abandoned copper cable in the Arkansas River near the PSO power plant.

Public Service Company of Oklahoma told police the cable lying on the bed of the river north of the pedestrian bridge was abandoned years ago.

The water level in the river has dropped so the cable was exposed.

Tulsa Police say the pair told them they have been cutting off 4-foot sections of the cable and then selling them for $55 each.

Police say they took both men in for questioning after PSO officials told officers they would file a complaint.