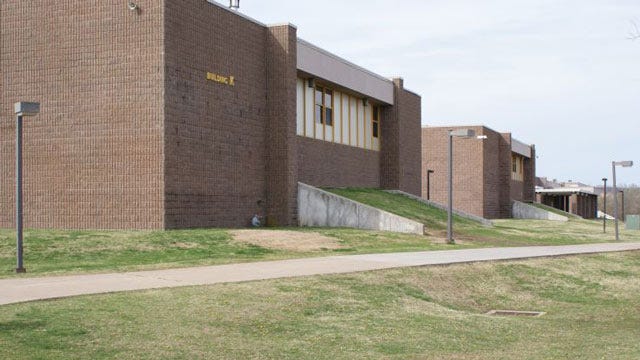 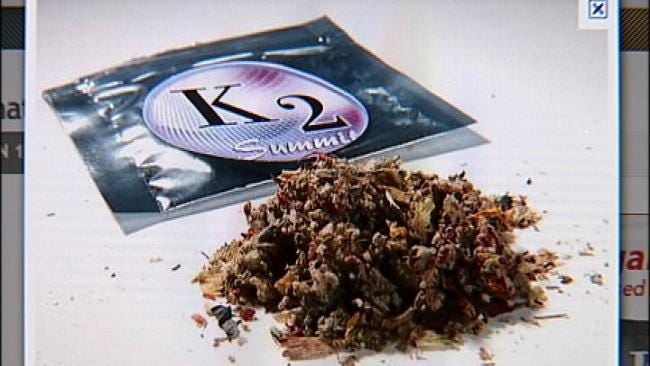 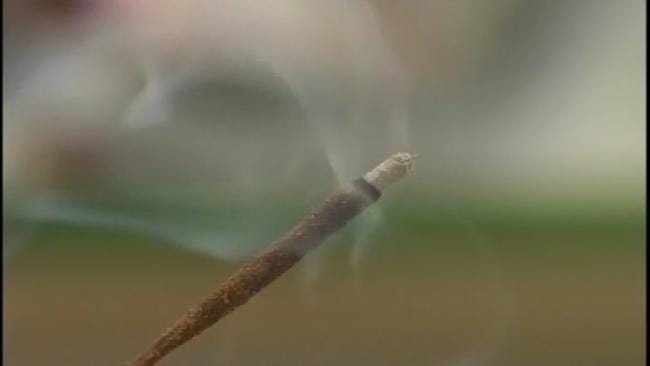 BROKEN ARROW, Oklahoma -- A Broken Arrow High School student was taken to the hospital Tuesday morning after he collapsed walking into the school.

Broken Arrow Schools spokesperson Tara Thompson says the student is believed to have smoked K2 in his car in the school's parking lot, before he walked into the school in the 1900 block of East Albany.

He was stabilized at the hospital and sent home with his parents, but now faces discipline which could include suspension and counseling.

"Our policy forbids any type of mind altering drug from being on our campus, which includes cars parked on our campus," Thompson said.

Police all over Oklahoma say K-2 is a huge problem because kids wrongly think the smokable herbal products, marketed as incense, are legal. It doesn't show up in drug tests and athletes believe it enhances their performance.

The products claim to produce marijuana like high, but police and users say it can cause hallucinations, heart palpitations, blurry vision and much more.

"If you look at K-2, it's not a drug like you think of drugs when you watch movies. It really looks like something you'd find on the kitchen counter or in your spice rack, which is why it's nicknamed spice," Thompson said.

So many people have ended up going to hospitals that the DEA moved the five chemicals used to make these "fake" pot products into the highest level of dangerous drug available, which makes them illegal to sell or possess in the U.S.

Kids think the products are safe because they can buy them at convenience stores, but they are not approved for human consumption and often are made in dorm rooms and garages so there's no telling what's in them.

"What we're finding is many students don't know about K2, many parents don't know about it and the community at large. So, what we're going to do now that we've had another K2 incident is partner with our local police department to educate kids about what it is and why they should not use it," Thompson said.

Oklahoma law says it's illegal to sell any substance, natural or synthetic that provides the same physical or psychological effect of a high.

In Rogers County, deputies were chasing a suspect who was high on K-2. He was hallucinating and thought he was being chased by Al-Qaeda.