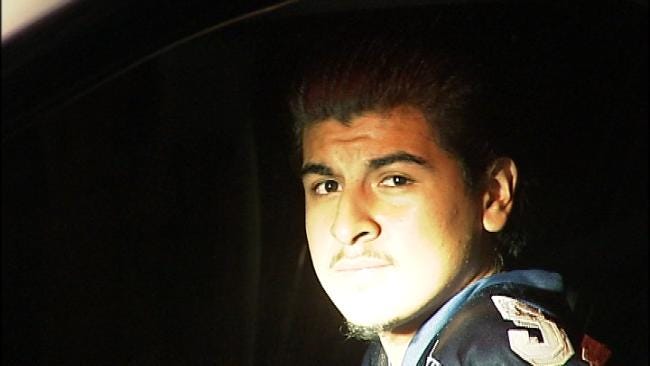 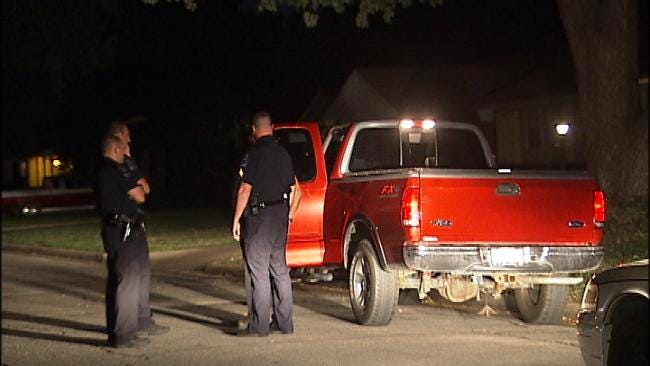 TULSA, Oklahoma -- The juvenile arrested for shooting a man outside a Tulsa Walgreens last week has been identified as Erick A. Villalobos, 15.

Villalobos was arrested Saturday night after a Tulsa police officer spotted him in a truck matching the description of that used in the shooting of 27-year-old Manuel Lara. Another juvenile in the truck was questioned and released.

Police say this was not a well planned out crime, but more spur of the moment. They say the 15-year-old claims the victim insulted his gang, so he jumped into a truck and followed the victim until he pulled over, then shot him.

When police pulled over Villalobos Saturday night, they say he got out of the truck and told them he was the person who shot the man in the Walgreens parking lot at 51st and Lewis the day before. Officers say the shotgun was still in the truck, in plain view.

Records show Villalobos' brother told police after the shooting Erick came home and told him he'd shot a guy at Walgreens after the guy yelled something gang related to him.

Police say after the comments, Villalobos says he grabbed a buddy, hopped in his truck with the gun and followed the victim.

"The victim notices he's being followed, so he pulls into the Walgreens to find out what the issue is. He steps out and the suspect fires from a shotgun," said Tulsa Police Sergeant Dave Walker.

Manuel Lara was hit in the face with some of the pellets but survived. His 12-year-old son and 5-year-old and 1-year-old niece and nephew were in his van and saw the whole thing.

Police say Villalobos claimed he didn't know the kids were there and felt bad when he heard.

"He didn't by any means come down here and say ‘I'm sorry' and give up. He had to be caught, then talked to before he said, ‘yeah, I feel a little remorseful kids were there,' but not that he'd shot somebody," Walker said.

The gang unit has Villalobos, known as "youngster", associated with the Surenos gang, but not yet a certified gang member.

The victim isn't in their files and officers think it's unlikely he would've started a confrontation with kids in his car. Police point out there is also quite an age difference between the 27-year-old victim and the 15-year-old suspect.

Police don't really know why this happened, but say the problem is kids who are quick to anger have access to guns.

"The underlying factor is we have way too many guns in way too many kids' hands and that's why we're seeing shootings like this," Walker said.

The victim's wife said her husband denies saying anything gang related to the suspect and has asked her over and over again, "why me? Why did they shoot me?"

Police are still looking for the second person who was in the truck with Villalobos during the shooting.