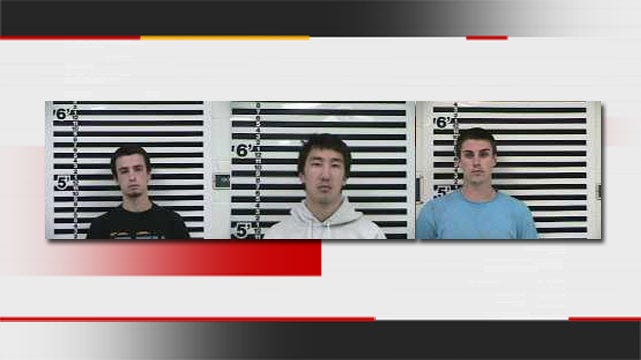 CATOOSA, Oklahoma -- Three young men are heading to trial in connection with a shooting at a Catoosa IHOP.

Parker Finley, Jacob Gable and Kenneth Melligan are all charged with shooting with intent to kill and conspiracy to commit robbery.

A judge decided there is enough evidence to send them to trial for the May shooting. Police say the men called a victim and arranged to meet at the restaurant.

They say when the men got there, a fight broke out and the victim was shot in the arm.