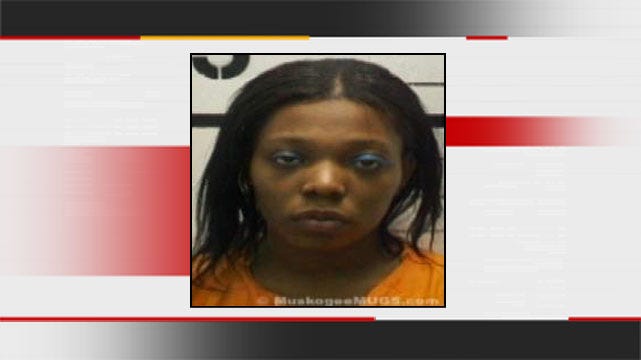 TULSA, Oklahoma -- Police say a Muskogee woman is claiming to have a child up for adoption, but it's only a ploy to get money. They say it's been hard to build a case, since most of the victims live out of state.

This scam takes advantage of couples who can't have kids who are already suffering and desperate. One victim said she sent $620 to a woman here in Oklahoma, before figuring out there was no baby, no adoption, and no dream come true.

"Each year went by and we were thinking we'd get a positive pregnancy test, but it hasn't happened, year one, year two, year three and now. We're on year five of trying and nothing," Debbie told 700 Club Interactive.

"Seeing all the kids from the U.S. and around the country and thinking I could be there dad. That got me really excited," Brandon said, Debbie's husband.

A woman we're calling Debbie and her husband, were interviewed about what it's like to go through infertility, to dream of a child and the embarking on their journey to adopt.

They never dreamed that journey would lead them to a woman who got their hopes up, take their money and leave them hurt and confused.

It started when the woman called an out-of-state law firm, asking if they had a couple who she could place her baby with. The firm contacted Debbie and she and the woman began communicating.

"This girl… hoped to place her two week old baby with a couple in Oklahoma, but when she arrived, the couple was lesbian and she wasn't comfortable," Debbie said.

She says the woman texted her a picture of the baby, named Jeremiah. She said the woman wanted to come back to Virginia but didn't have money for gas, baby formula or diapers, so Debbie wired her $460.

Then, the woman said she needed money for a car seat and Debbie sent her another $160. As Debbie and her attorney tried to get more specifics, the woman was vague or would hang up, claiming a bad connection.

When she called, asking for money to pay a bill, Debbie decided to Google the woman's phone number, which is the 918 area code.

That Google search took her to a Facebook page about avoiding adoption scams, where someone else told a very similar story and posted the same phone number.

Others chimed in that her real name is Davanna Dotson and lived in Muskogee. She had been arrested in February for an unrelated resisting arrest complaint.

"It makes me angry that she's out there doing this to more than one person," Debbie said.

When we spoke to Davanna she denied the allegations at first, but then said it was only a little money. She said she had given up a child in 2008 and felt the whole adoption world was horrible and she deserved compensation.

She said she gave up a son TyKeith Jamal Dotson in 2008.

She finally admitted to taking money from Debbie, but said it was only $500 and she didn't want it to be on the news for her two children to see.

She said she was sorry, but that doesn't help Debbie or her husband much.

Muskogee police say they've received several complaints on Dotson about this scam, but say victims often don't have the time or money to fly here to testify.

Debbie filed a report Thursday and detectives are asking additional victims to contact them at 918-680-3114. Obtaining money by false pretense is a felony.