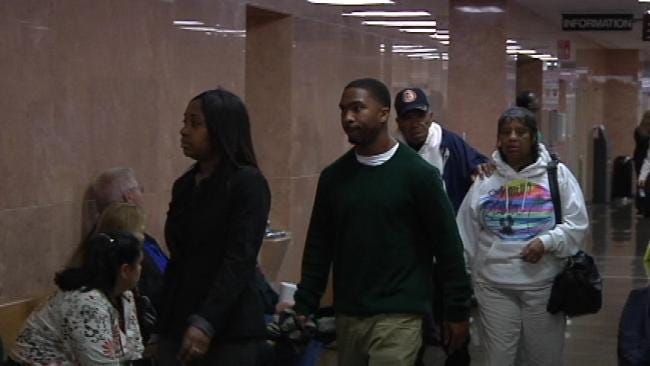 TULSA, Oklahoma -- A former University of Tulsa star football player and his girlfriend made an appearance in a Tulsa County courtroom on Thursday.

Damaris Johnson and Chamon Jones are charged with one count each of embezzlement.

The couple is accused of embezzling more than $2,600 in merchandise from a store inside Tulsa's Promenade Mall in late August.

Johnson was indefinitely suspended from the Golden Hurricane in late August.

Both Jones and Johnson remain free on bond with their next court appearance set for October 13, 2011.