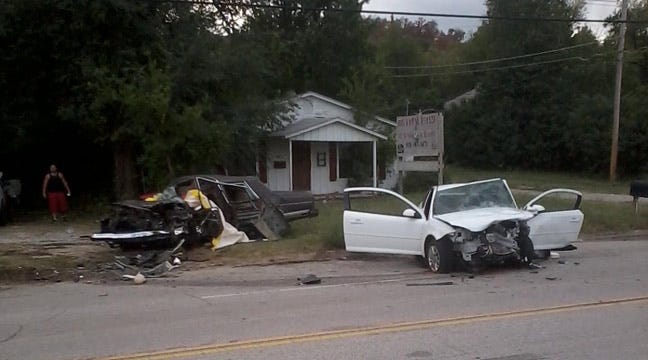 BERRYHILL, Oklahoma -- Two people are dead after a near head-on collision in Berryhill Sunday afternoon the Oklahoma Highway Patrol reported. The wreck took place at 4900 W. 21st Street at just before 3 p.m.

Richard Clapp, 55, of Holdenville was transported by EMSA to St. John's Medical Center where he was pronounced dead on arrival.

Twenty-six-year-old Nikki France of Tulsa was pronounced dead at the scene by the medical examiner.

The trooper's report said that Clapp's 2010 Chevy Cobalt was westbound in the inside lane of 21st Street when it went left of center and collided with France's 1982 Ford Granada in the outside lane.

Both drivers were trapped in their vehicles and had to be extricated by firefighters from the Berryhill and Tulsa fire departments.