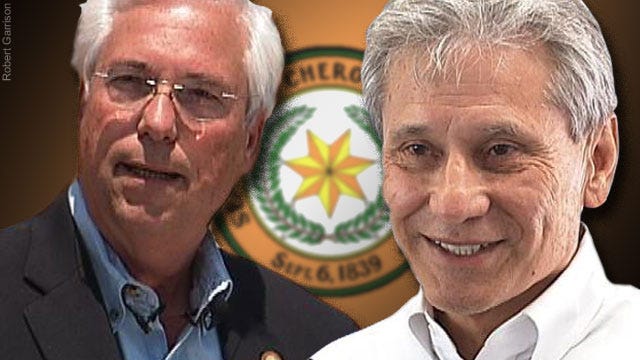 TAHLEQUAH, Oklahoma -- For the second time since 1999, the Carter Center will observe an election for Cherokee Nation principal chief.

The election is set for September 24, 2011 and comes after the Cherokee Supreme Court threw out the results of June's election.

During a meeting of the Cherokee Election Commission Tuesday in Tahlequah, the commission approved the signing of a memorandum of understanding with the Carter Center.

Read the Memorandum of Understanding with the Carter Center.

The Cherokee Nation Supreme Court vacated the results of the June 25, 2011 election, calling them invalid. That election started with Bill John Baker as the unofficial winner, Chief Chad Smith as the official winner, then Baker the winner again after a recount.

Meanwhile, the descendants of black slaves once owned by Cherokees, known as Freedmen, have filed a preliminary injunction against the tribe.

They're asking the Federal courts to allow them to vote in that election, after the Cherokee Nation stripped 3,000 Freedmen of their citizenship.

Their next court date is September 20, 2011, four days before the election.

The Carter Center in Atlanta, Georgia, in partnership with Emory University, is known for its observation of many international elections.

On its web site, the Carter Center says it "conducts its activities in a nonpartisan, professional manner in accordance with applicable law and international standards for election monitoring set forth in the Declaration of Principles for International Election Observation, adopted at the United Nations in 2005 and endorsed by 35 election observation groups."

The Carter Center was called on in 1999 to observe the Cherokee Nation Principal Chief election.

The Cherokee Nation has information on its web site about the September 24, 2011 election.