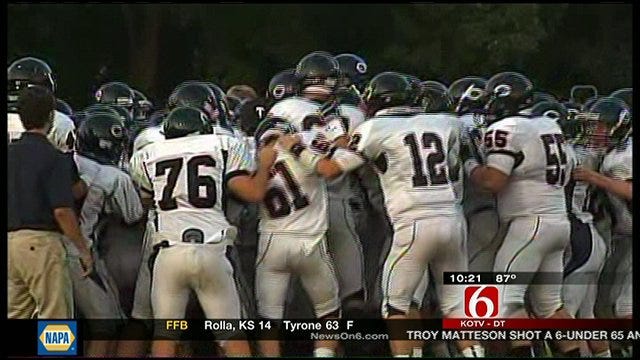 TULSA, Oklahoma -- Holland Hall ended Casica Hall's 41 game win streak a season ago in the Hall Brawl, and the Commandos exacted a full measure of revenge, topping the Dutch 57-7 Friday.

Junior running back Abrm McQuarters put on a show in the first half, rushing for 147 yards and two scores in for the Commandos, helping lift them to a 43-7 first-half lead. He took it easy in the second half, finishing with 195 yards and three scores on the day.

Quarterback Thomas Rouse did his part as well, going 7-of-11 on the night for 106 yards and two scores.

The Commandos will continue their march to the playoffs next Friday with their home opener Sept. 9 at 7:30 against Glenpool, with Holland Hall will try to avoid three straight losses on the road against Victory Christian.