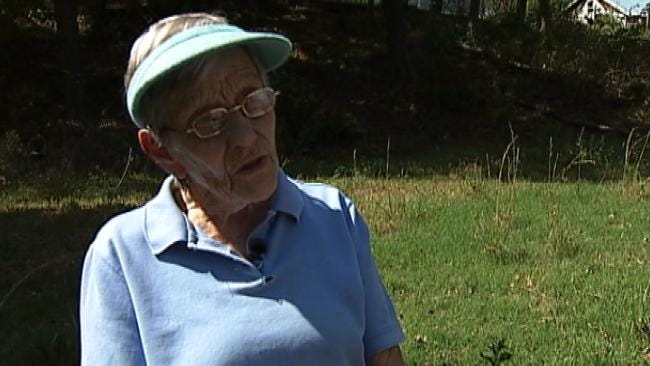 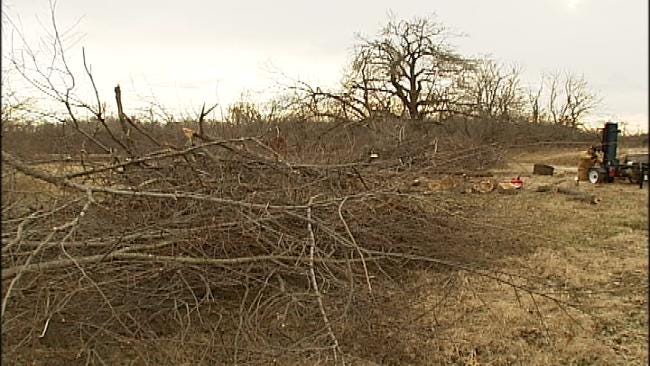 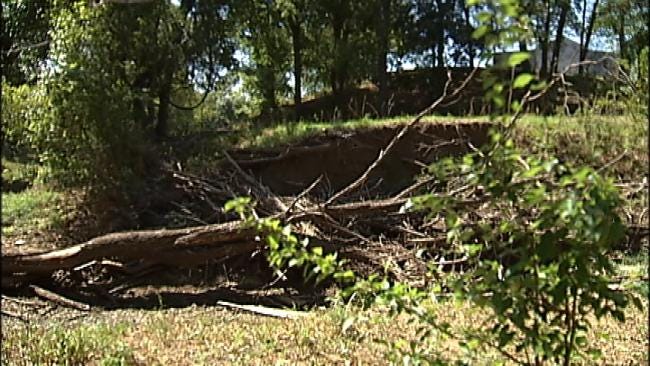 RAMONA, Oklahoma -- It's been three and a half years since a major ice storm wiped out trees across Green Country, but a Washington County woman is still dealing with the fallout.

The 79-year old Ramona resident is worried the worst is yet to come.

Neva Jo Miller knows her livestock and every inch of her 20-acre Ramona farm. She's lived on this land since the 1950s.

"This creek gets wild when they let the water out," said Neva Jo Miller, Ramona resident.

South Double Creek runs directly through her land. It's dry now which exposes what has her so upset.

"I am extremely frustrated because no one wants to do anything," Miller said.

She's talking about a big mess of tree debris. Nearly all of it comes from the infamous ice storm in December, 2007.

We first met Neva just weeks after the storm when her farm was covered in tree limbs.

"It was harder to deal with than when I lost my husband," she told us then.

It's nearly four years later, and she's still trying to figure out how to get it all cleaned up.

"This is something that I deal with that I don't know what to do," Miller said.

She's worried because when the creek fills with water, the debris gets pushed downstream where it's beginning to form a backlog. It's also caused her water line to become exposed in the past, and she's concerned the debris might cause it to break.

Officials with Washington County tell me they finished cleaning up that tree debris from the 2007 storm in 2008, and they say state law prevents them from coming on to private property to help people like Neva.

The only way the county could remove the debris is if it's taken to a public road.

Neva doesn't think that'll happen but she says, one way or another, she'll find a way to fix the problem.

"I can hear my dad saying, 'Well, sis, you're just going to have to figure it out.' That's what he always told us when we were kids growing up," said Ramona resident Neva Jo Miller.

"If you don't know what to do you're just going to have to figure it out. So I've told daddy a lot of time this year, I sure had to figure a lot of stuff out."

Neva says if she's not able to remove this tree debris, she's just going to have to wait until the burn ban is lifted and burn it all up.