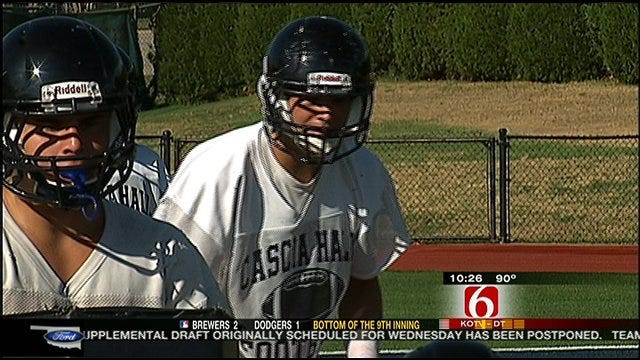 TULSA, Oklahoma -- Cascia Hall finds itself in an unfamiliar situation this preseason.

Instead of preparing to defend their title and hang on to their state championship trophy, the Commandos are looking to go take back what they feel should be theirs.

The Commandos return nine starts on defense and seven on offense.

Coach Joe Medina said his team expects to win a state championship every year, but this group might be the most talented he has had in his time at Cascia Hall.

News On 6 was at Cascia Hall practice to see how the Commandos were preparing to make their next state title run.