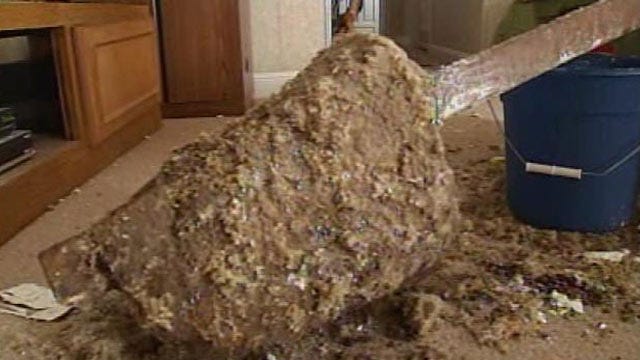 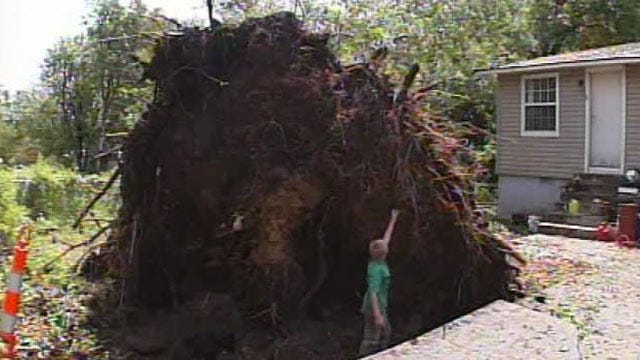 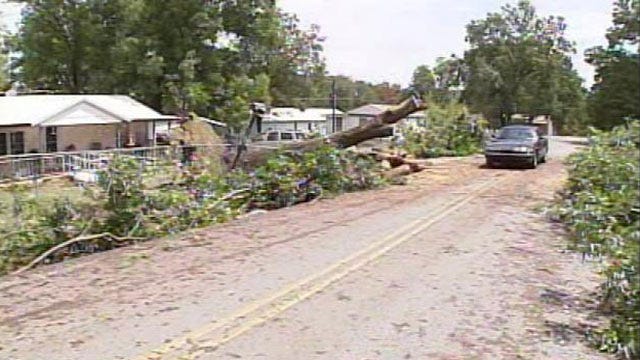 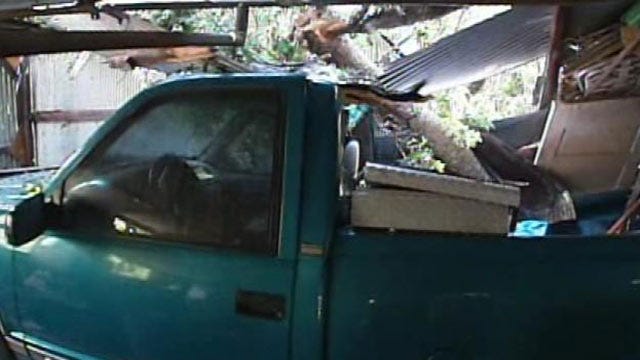 WAGONER COUNTY, Oklahoma -- Wagoner County was one of many areas hit hard by Wednesday's storm.

The storm brought a startling surprise for William and Donna Hults, right through the roof and into the middle of their living room.

"We heard this big whomp, and my husband said ‘what was that?' and I said, ‘I don't know,'" Donna Hults said.

The Hults say the strange noise turned out to be the poles that used to anchor their awning into the ground.

"The cement was sticking through, my gosh what was that. And a few minutes later, the whole thing came down," William said.

Another pole speared its way through the roof of their bedroom, just barely above their bed.

"The wind was so hard," Donna Hults said.

William Hults said the warning sirens went off 15 minutes after the weather calmed down.

Down the street near Rocky Point, the trees took the brunt of the storm.  Jeff McMurrian says he slept through it all. No one heard the massive tree come crashing down.

"This tree made it through all the ice storms, I never thought this tree would've fell over," he said.

More trees fell victim to the storm. Leaves and limbs littered the road and one tree fell onto a garage, crushing a truck inside.

People in the neighborhood say they are lucky no one was hurt.