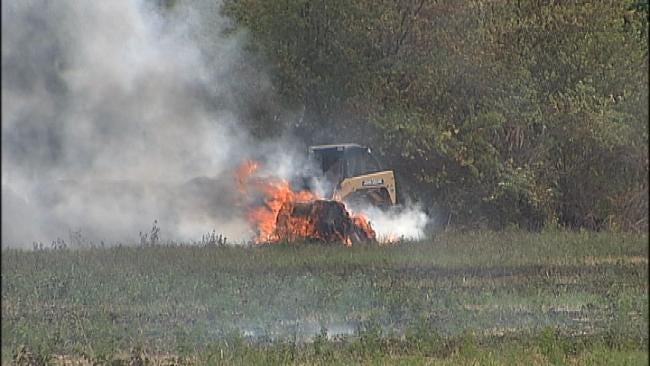 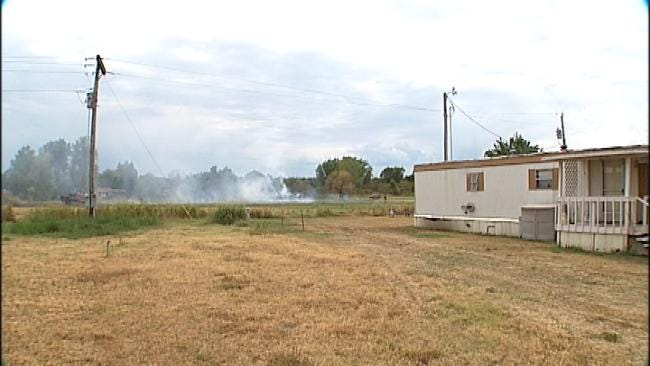 Crews started a back burn to get the fire under control at South 16th Street and 146th West Avenue in Sand Springs around 1: 30 p.m. Sunday.

"Initially we had some concerns about these mobile homes through here, but we were able to catch the head of it pretty quickly and after that it was burning against the wind," said Sand Springs Fire Captain Dan Call.